Updated Investment Analysis of Amazing Spiderman # 75 TO 102 Which Issues are a Buy, Sell or Hold? 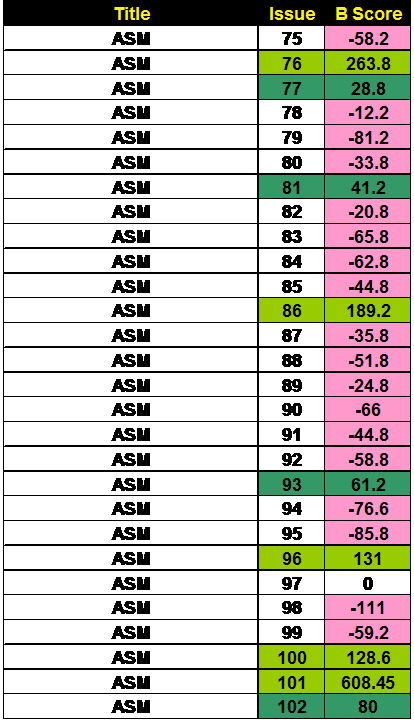 Interesting to see what has not gone up. ASM 90 the first "death Issue" has gone down and seems to have peaked.  ASM 102 has peaked as well. ASM 82 to 95 have all dropped down as well. could be a sell signal on those?

ASM 76 is a strong play and I need to move up my priority of this issue.

ASM 81 is a good play, the first Kangaroo could be a future movie star. 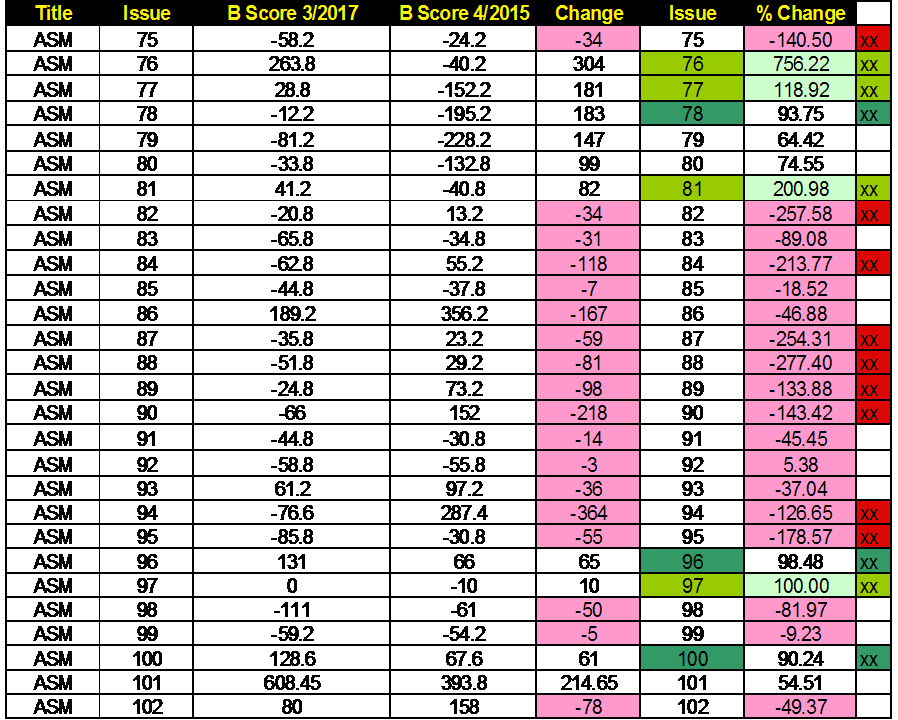 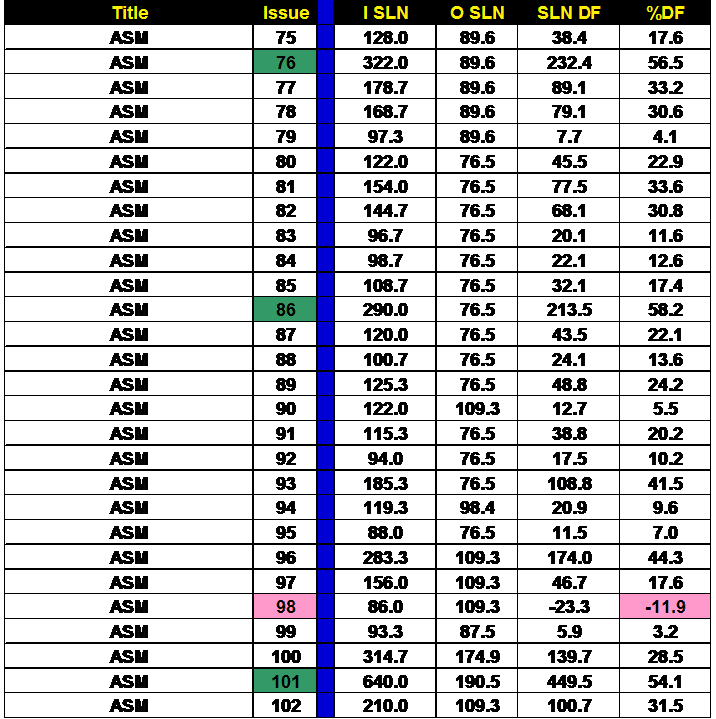 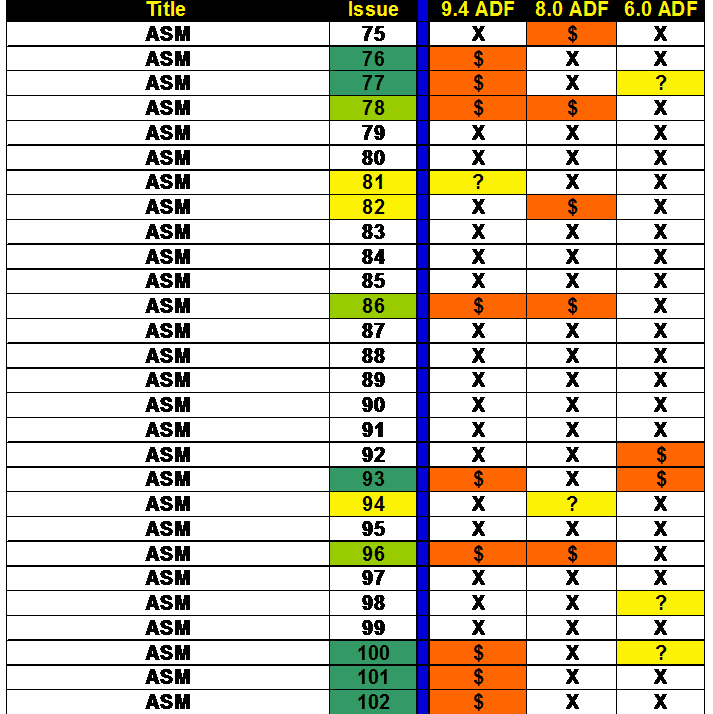 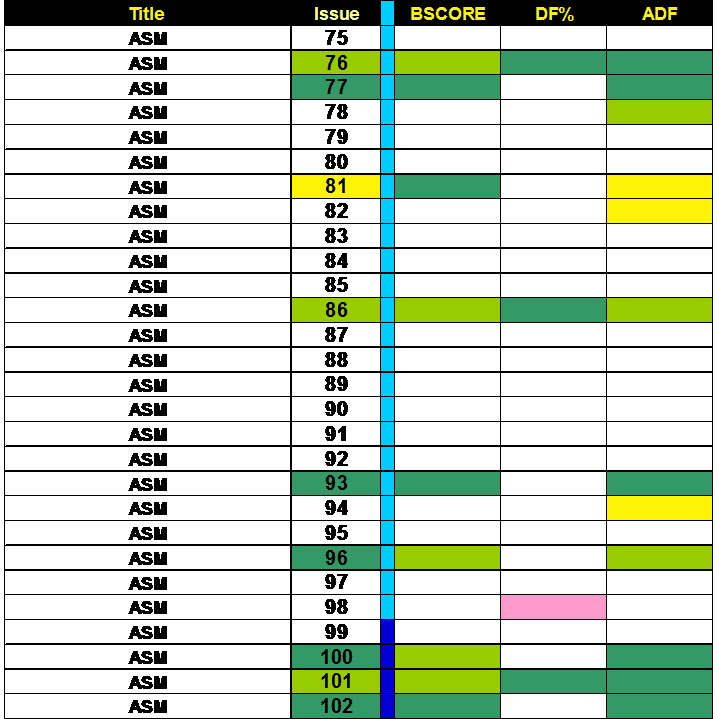 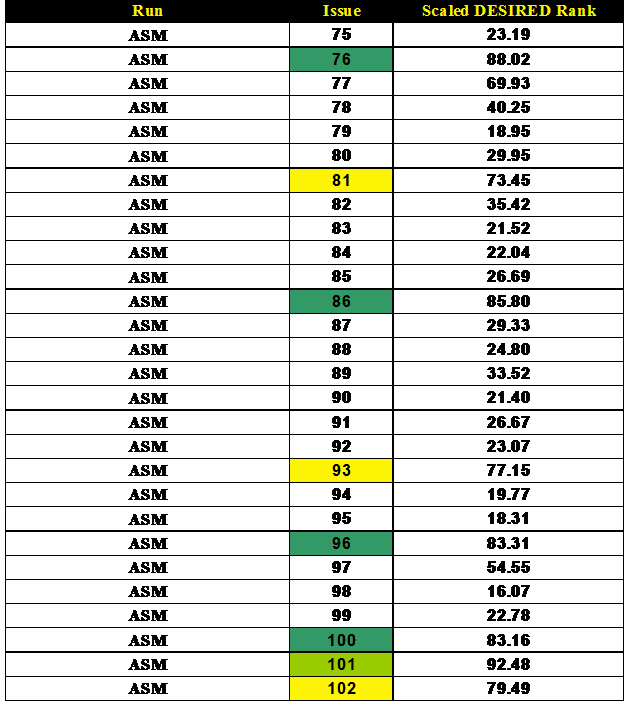