Investment Analysis of ASM 53 to 74 Updated Analysis from 2015 to Present. Interesting! 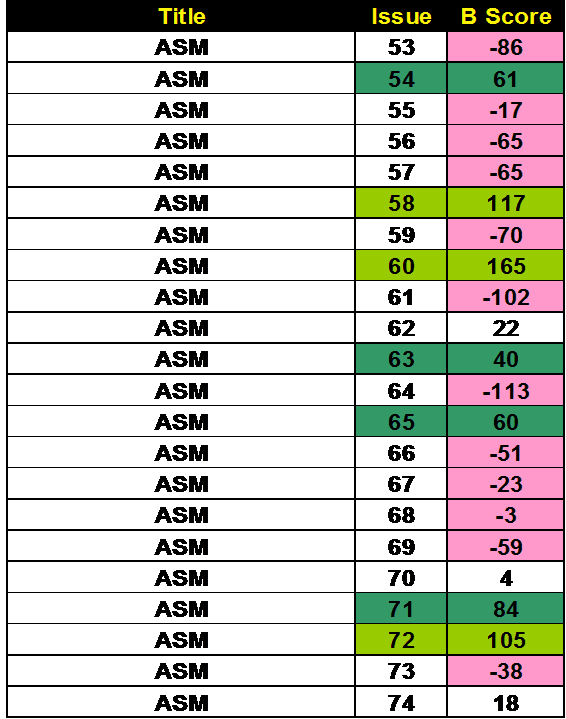 Interesting to see what has not gone up. Issue 63 has peaked. 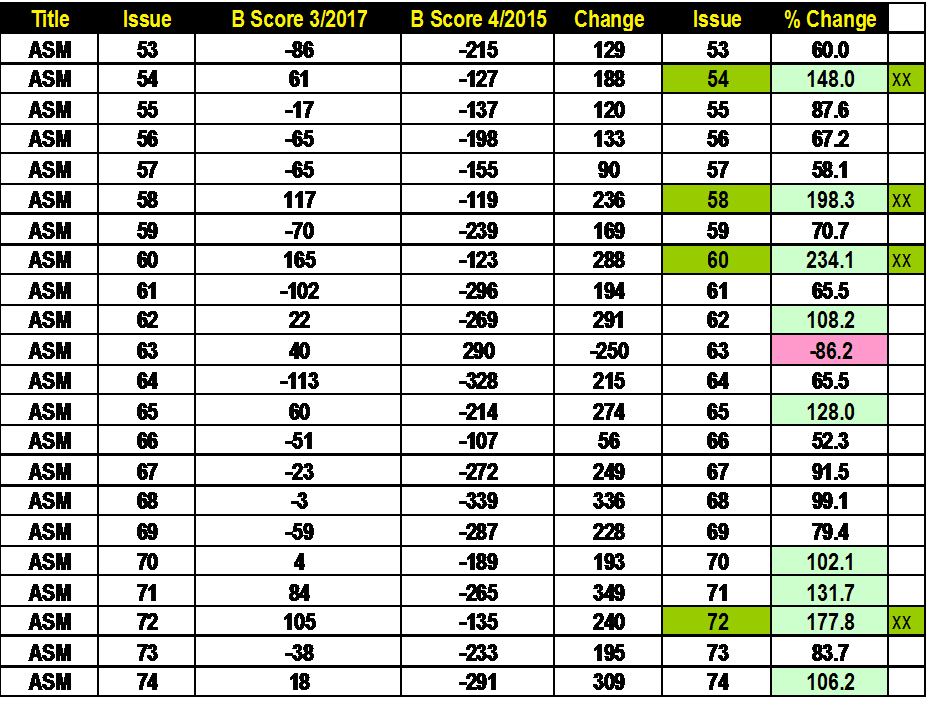 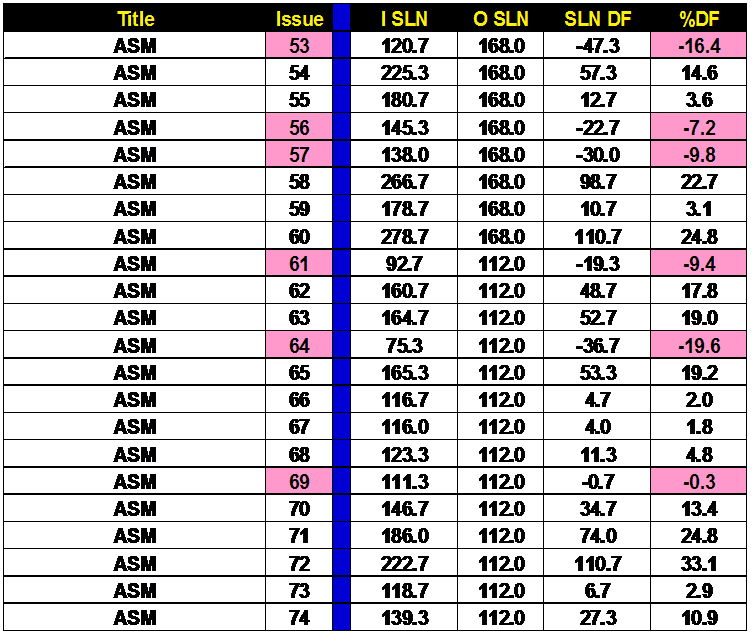 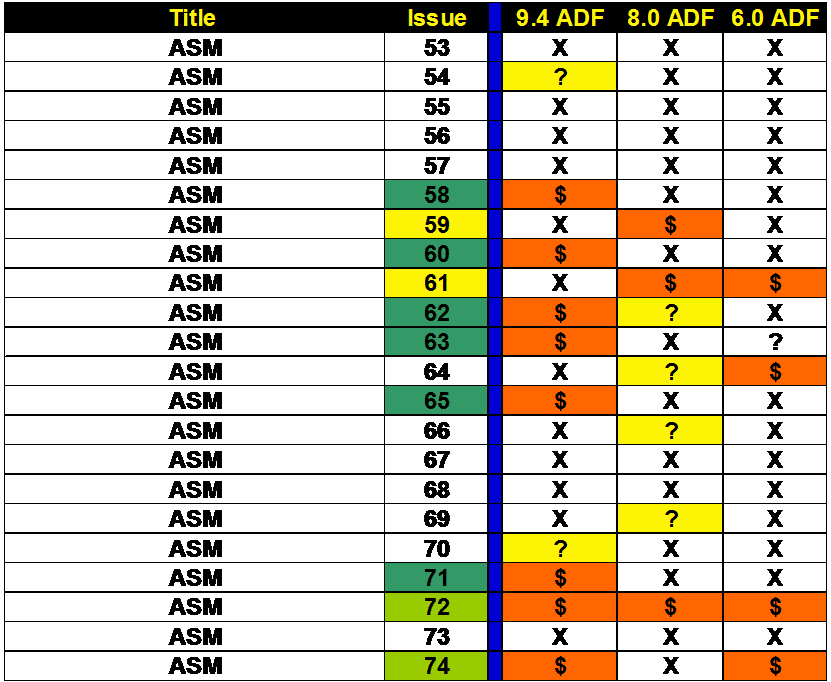 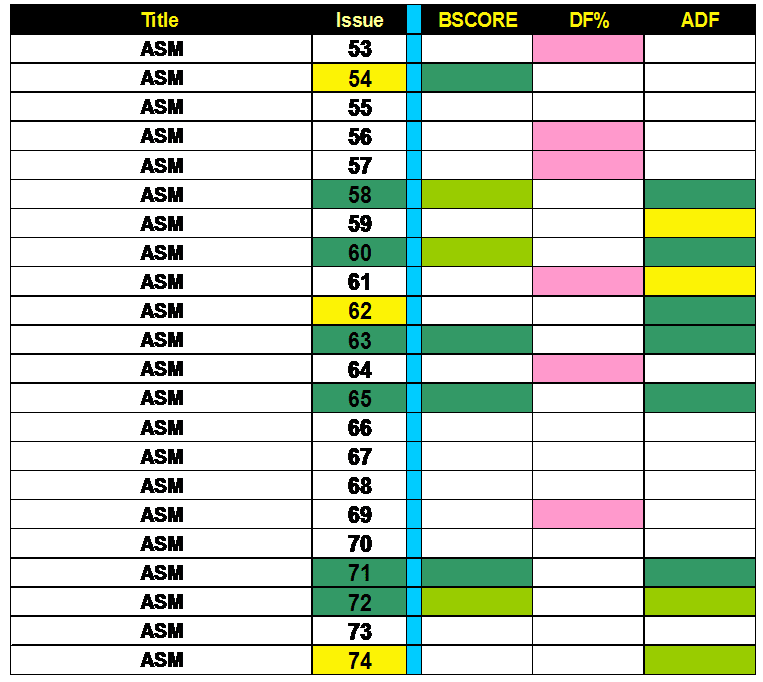 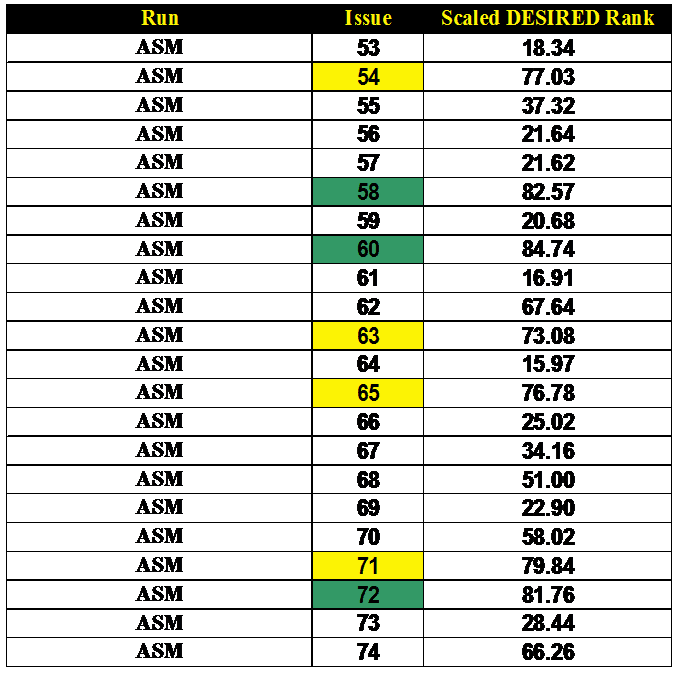 Investment Analysis of ASM 53 to 74