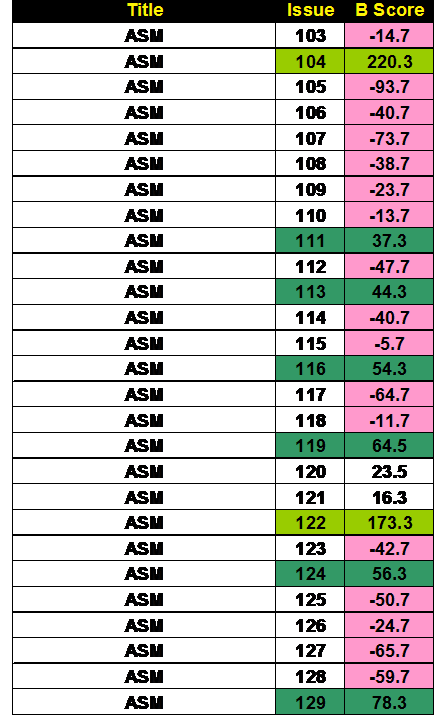 In the table below, I listed the current Bias Scores and the Bias Scores from 2 years ago. The changes are calculated and % change was determined. I was surprised at the changes that have occurred. Most of all the issues have increased in Insider Bias. (Green Colorization).

Interesting to see what has not gone up. ASM 121 the first part"Death Issue" has gone down and seems to have peaked?

ASM 104 (Nice cover with Kraven the Hunter), 111 (Kraven again with the Gibbon), and 124 (ManWolf) are the strong plays and I need to move up my priority of these issues. 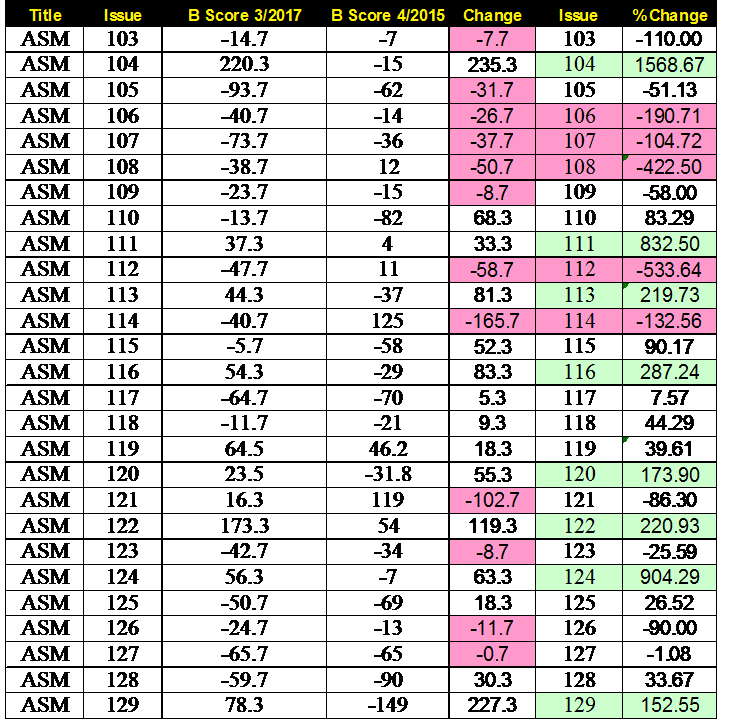 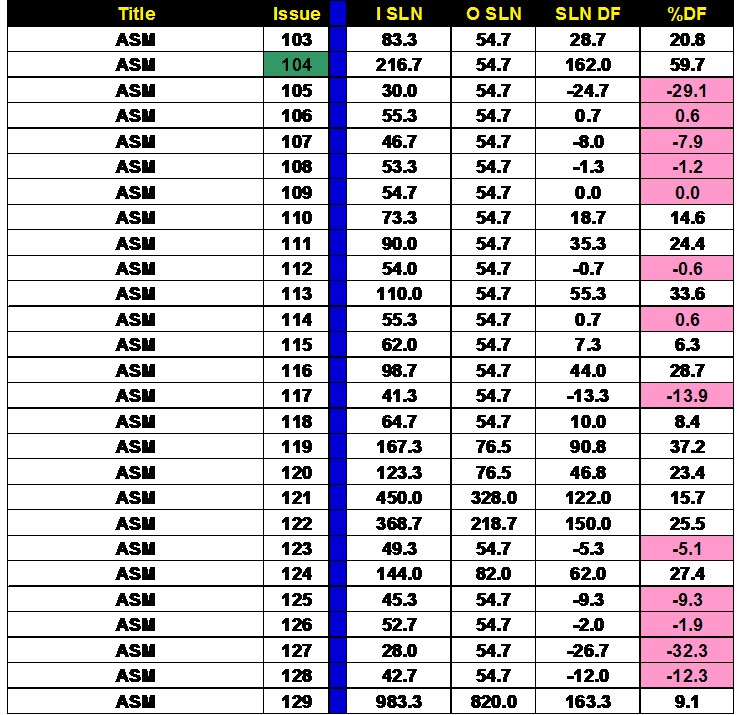 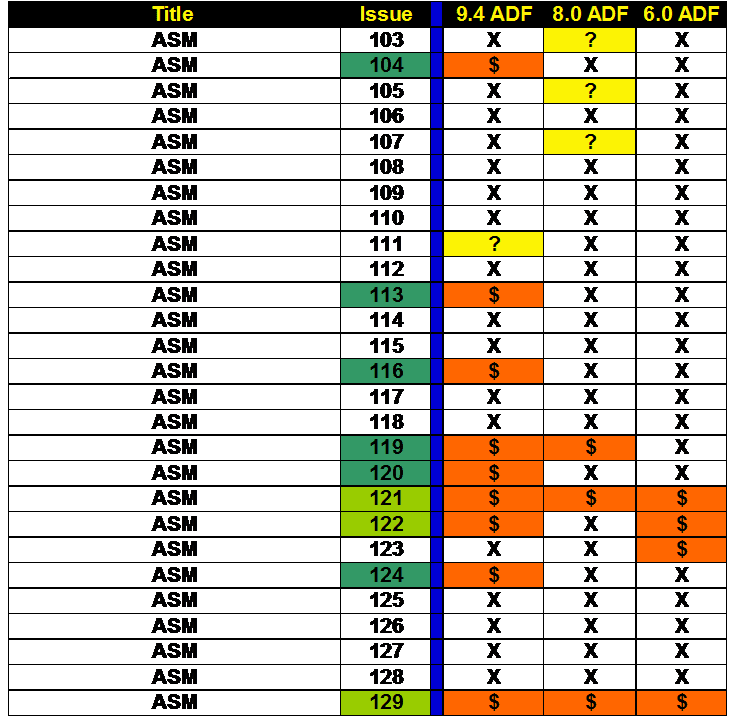 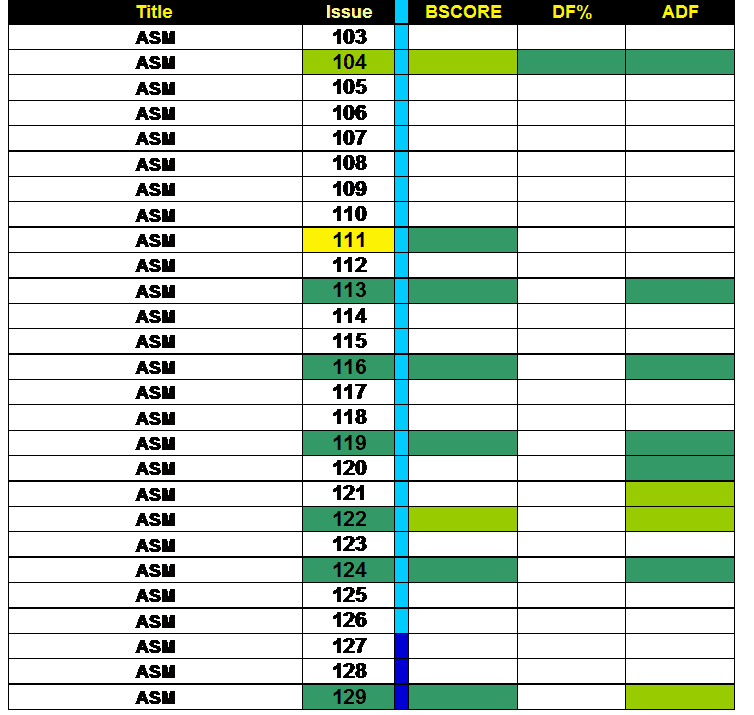 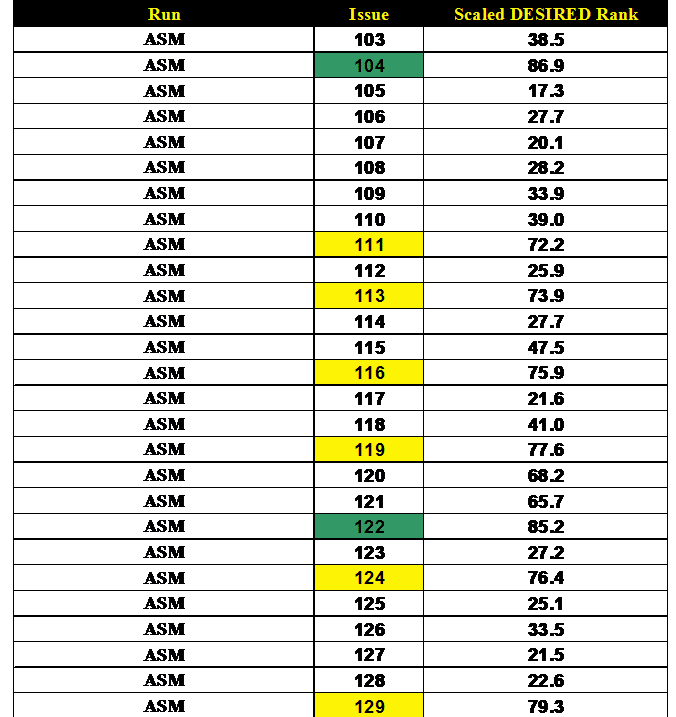