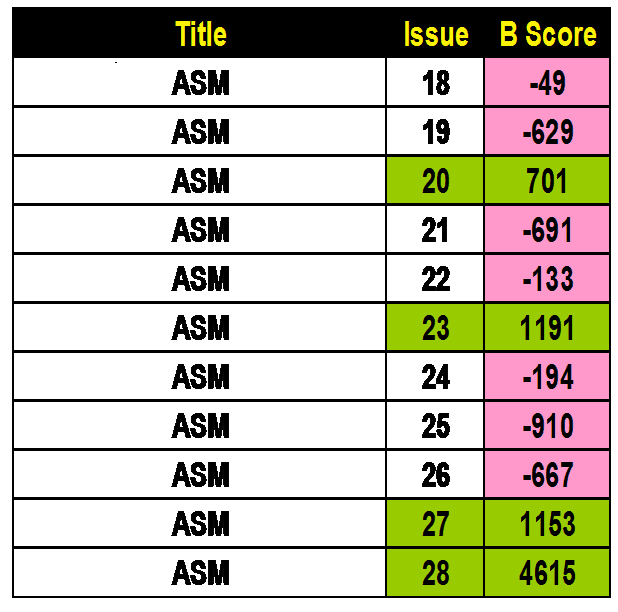 In the table below, I listed the current Bias Scores and the Bias Scores from 2 years ago. The changes are calculated and % change was determined. Issues 20, 23, and 27 are the significant issues that have moved up in insiders desire. (Green Colorization) .

Note that Issue 28 while more desired than 20/23 or 27 has in fact not significantly moved up int he 2 years. Unless a movie with the Molten Man happens, this issue may have reached a plateau. Use that finding as you need. 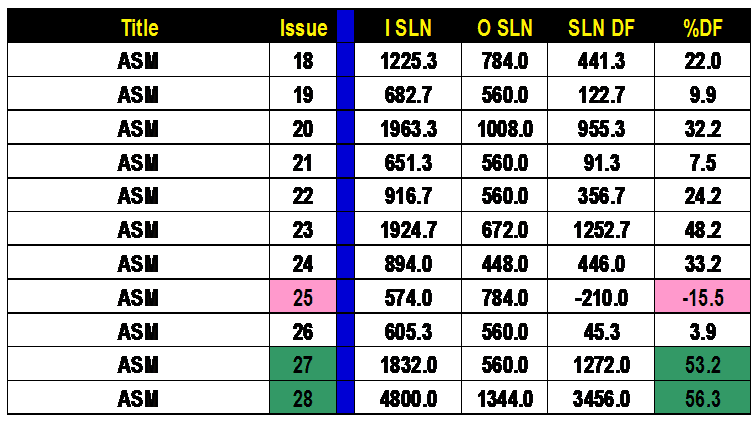 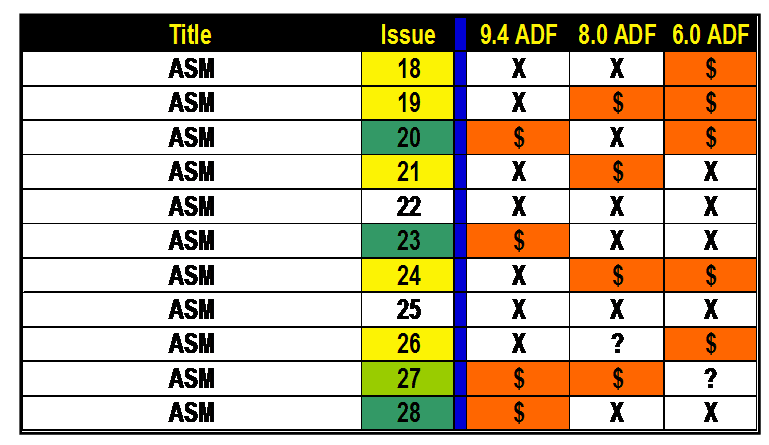 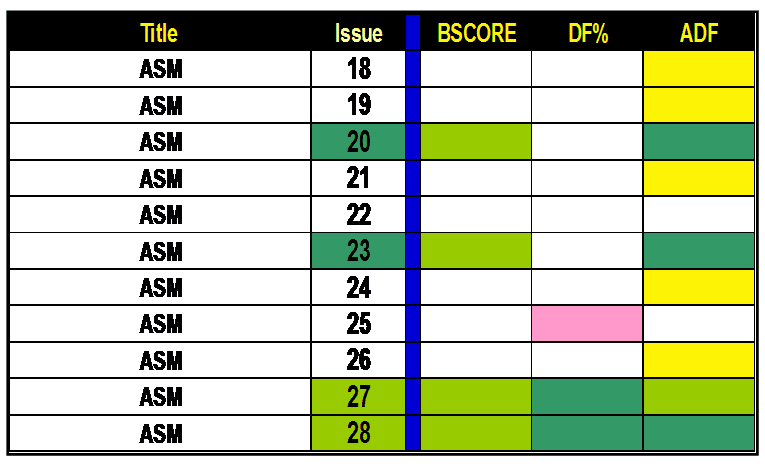 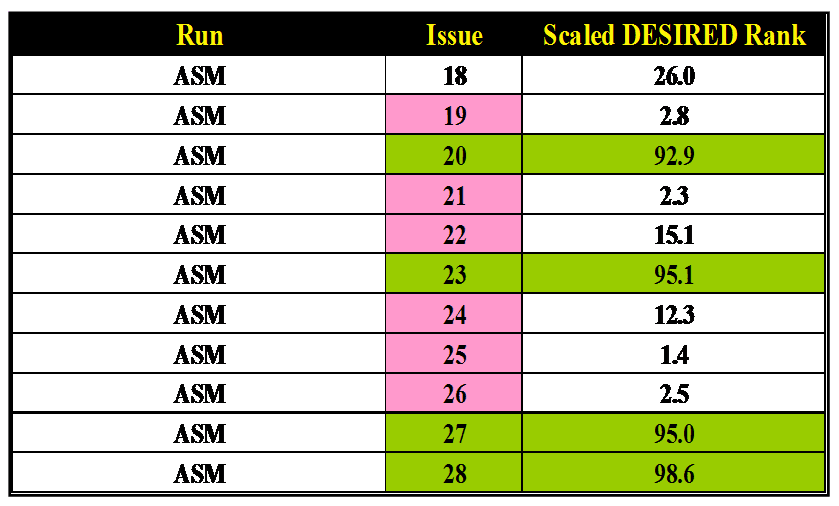