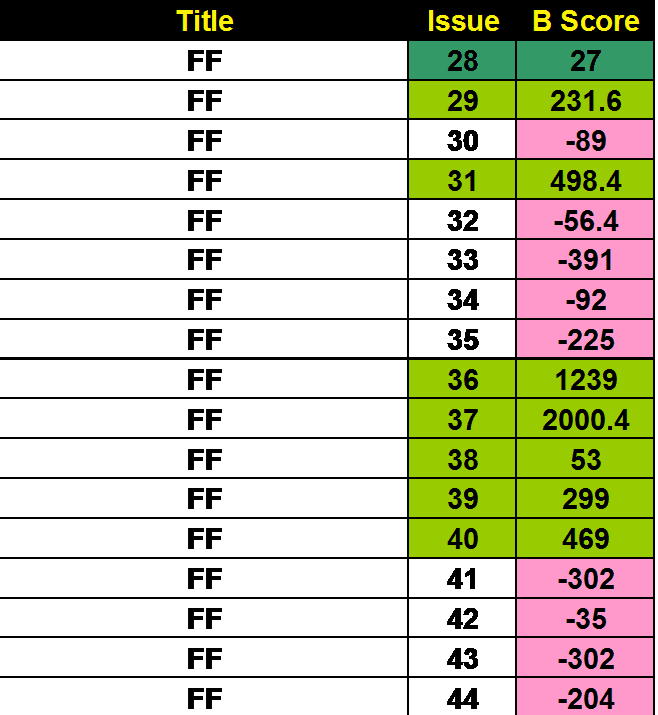 
This group seems to be different than the preceding block. Looks like these issues are getting increased attention.

Issue 38 is  Defeated by the Frightful Four! Nice cover here as well.

Issue 39 and 40 has a Daredevil crossover vs Doctor
Doom. Focus onto these

Issue 37 is unknown as to a why it seems to be a strong issue.


Trying to get one report out each Wednesday till Fantasy Football Season Cranks up in June. 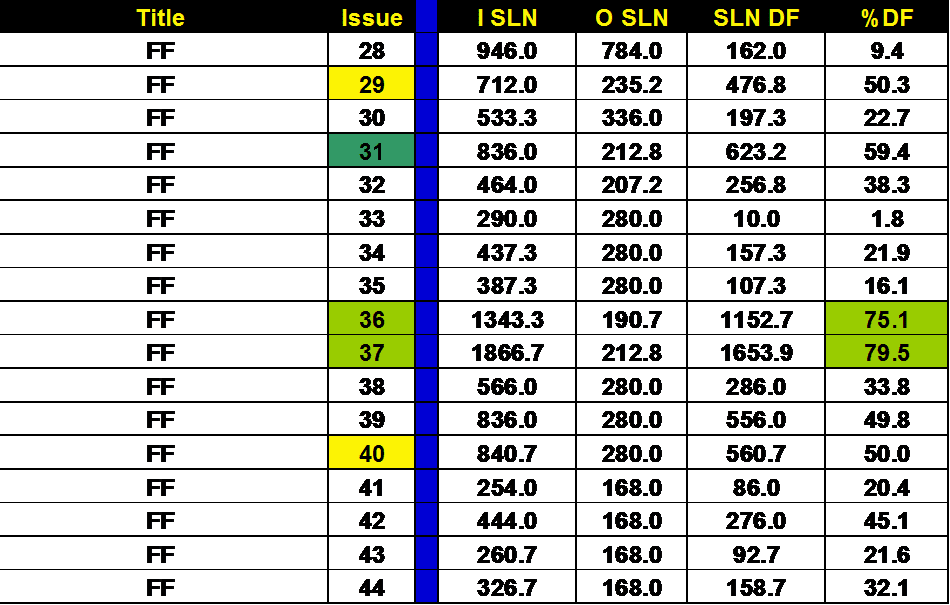 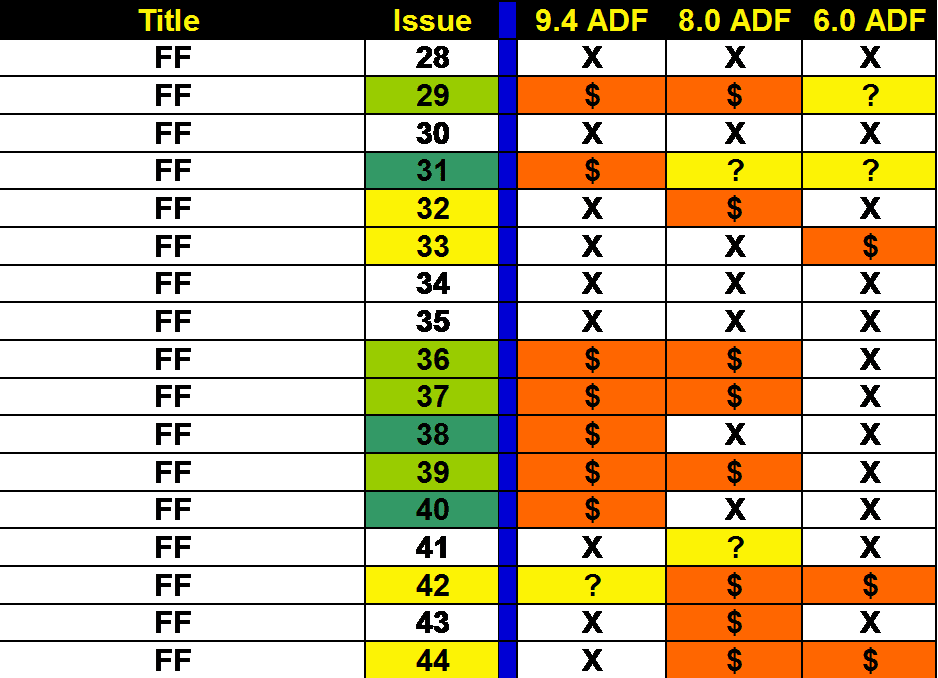 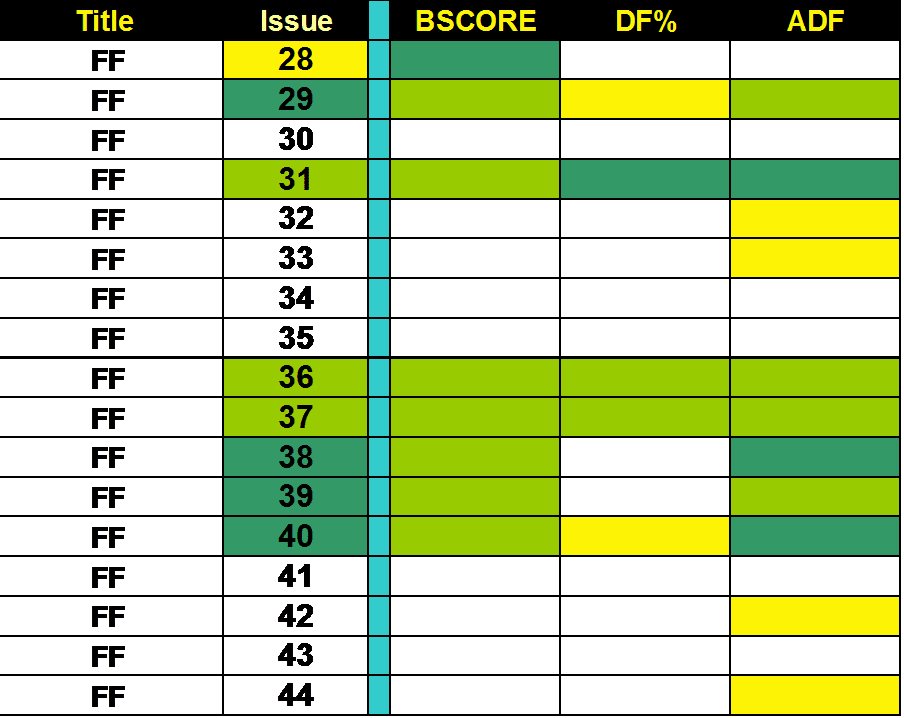 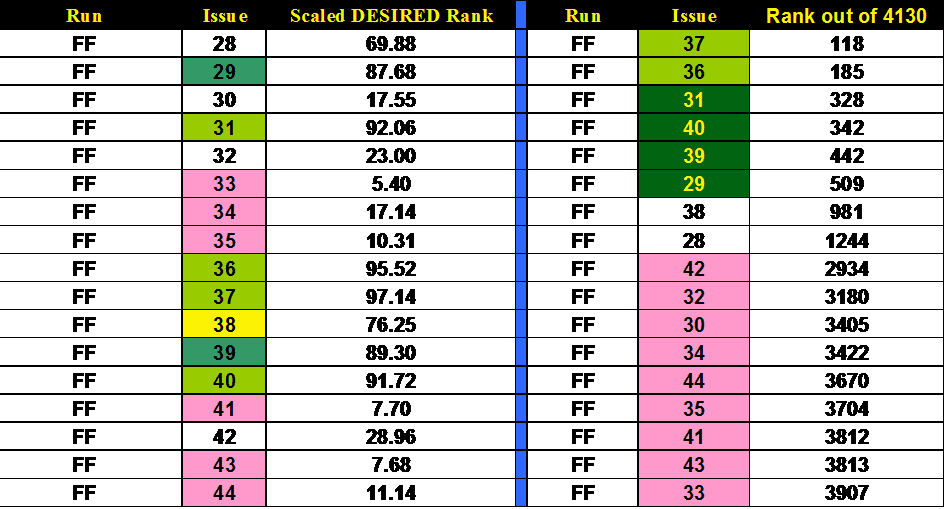