Investment Analysis of Fantastic Four Issues 1 to 13. Changes in Data from 2015 to 2017. Interesting. 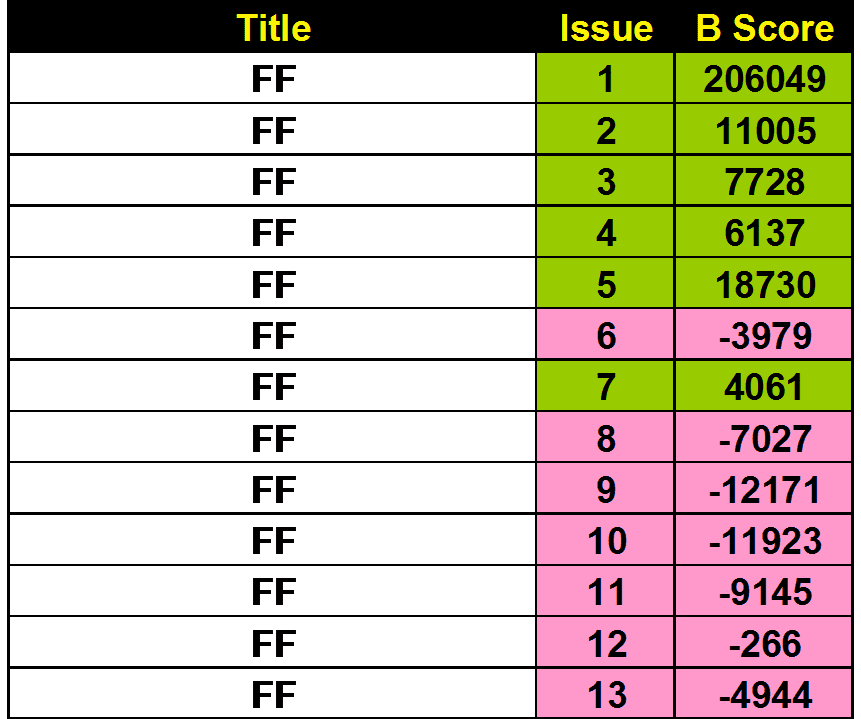 The changes are calculated and % change was determined. I was surprised at the changes that have occurred. Most of all the issues have increased in Insider Bias. (Green Colorization).

Interesting to see what has not gone up. All issues have gone down!

I propose this means in the last 2 years the investing world has not really been heavily vs the ordinary investors. In other words the proportion of attention on these issues has not been strong with investors.

This does mean thes issues are not valuable or highly collectable. I have added my database rank of each issue in Figure 6.

Given the other obvious issues in FF coming, we could predict nice upticks in desire. 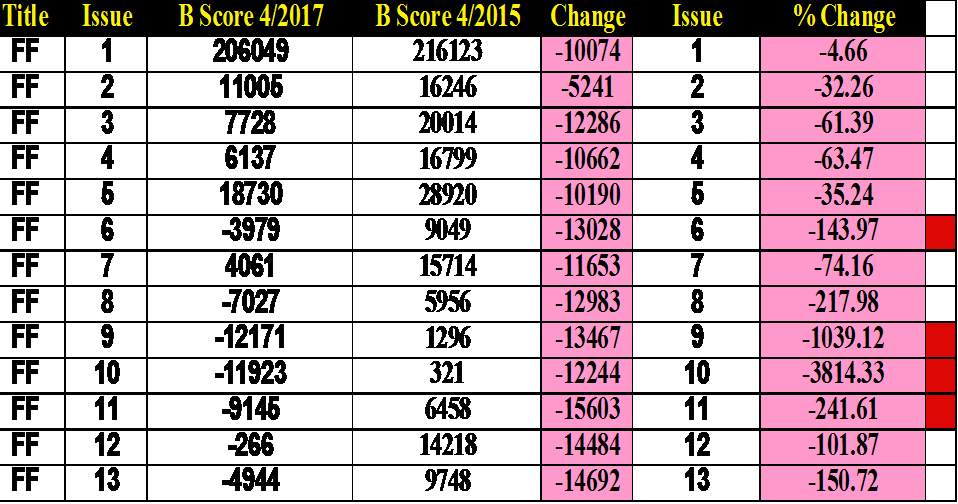 Table 2 data deals with another data stream on comic-book issues. This run’s issues are looked at 3 grades 9.4, 8 and 6. The changes in bias between the different grades are calculated and the SLN numbers were born. T

he SLN numbers look into each “world” of the I vs. O bias data. This data has shown historically to be the most liberal and establishes the investment potential across the grades of 9.4, 8 and 6. Very quickly, the green stained are positive issues and red stained issues are negative and invite a non-focus in only investments 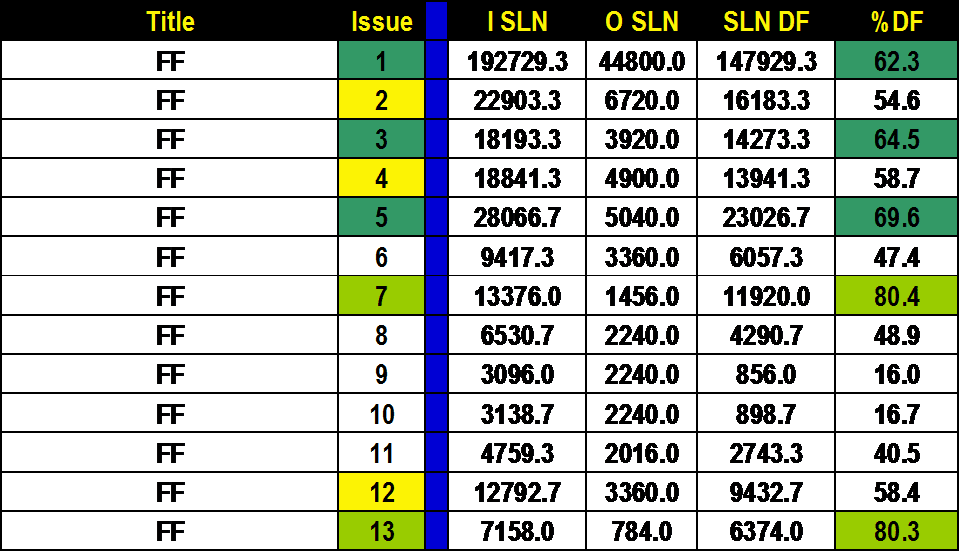 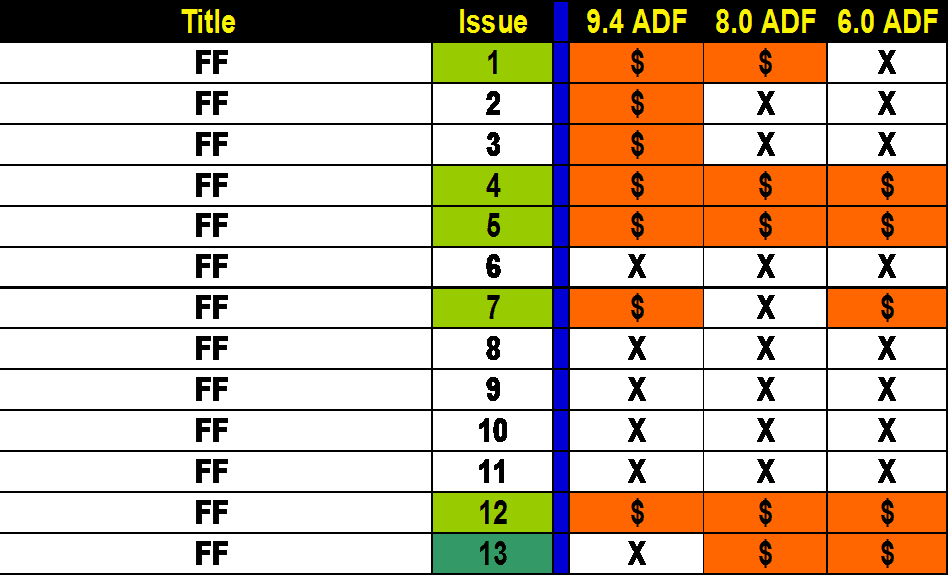 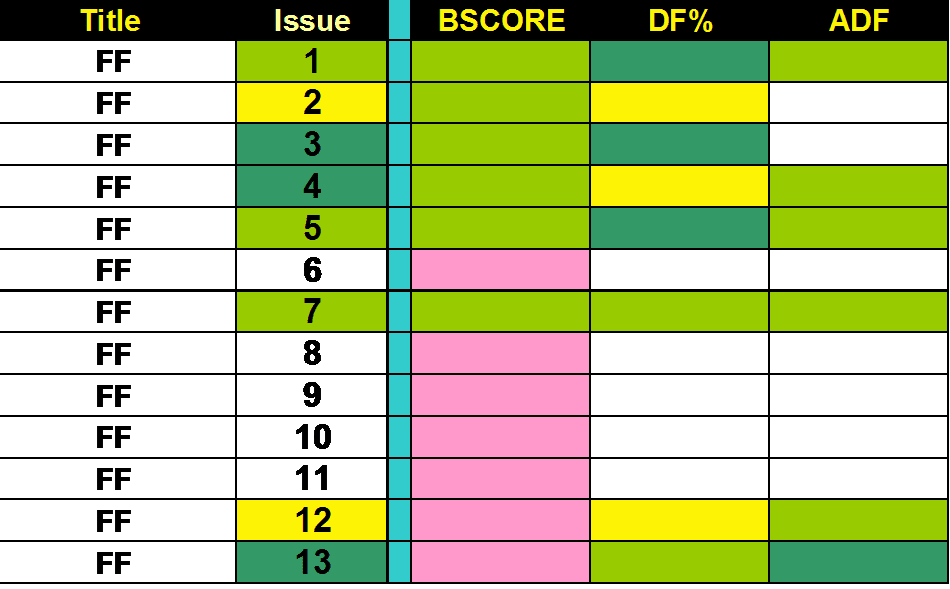 Table 5 is the last bit of data, the Scaled Desire Ranking. I have grouped 4180 issues of comics that I have covered and developed scaled desire rankings. The percentile that an issue occupies gives a wonderful insight into the true value of titles. So we position our title and its key issues in context. A score of 99 means that comic issue is desired at the highest level while 1 percentile is the lowest desired issue. (Green High-Red Low -Yellow staining implies uncertainty- opportunity?)

I have added my Database Ranking out of 4130 different comicbooks. 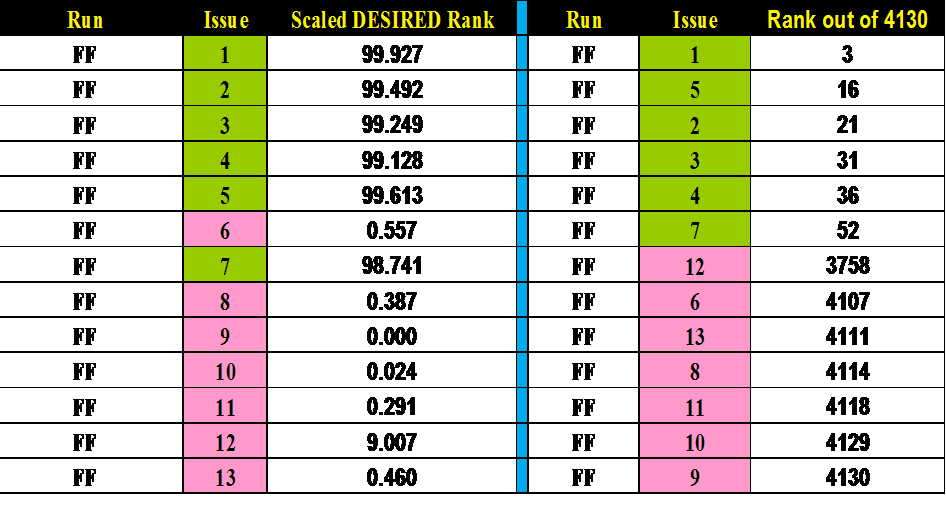