Investment Analysis of ASM 298 to 318. Changes are happening. What are the findings? 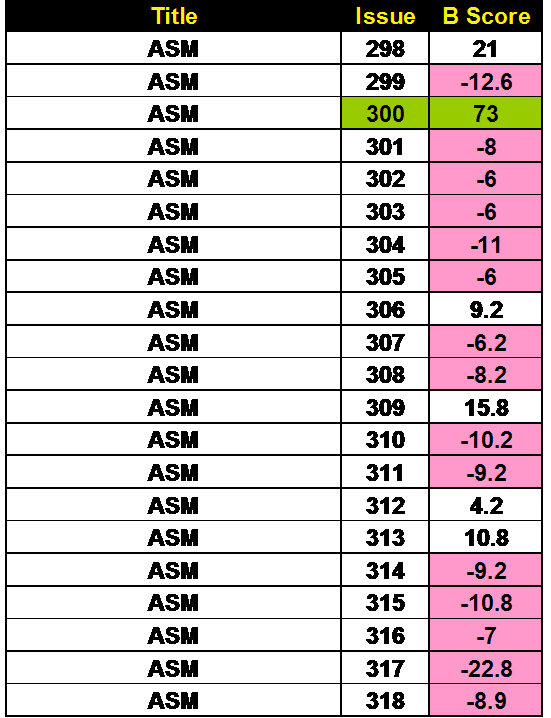 The changes are calculated and % change was determined. I was surprised at the changes that have occurred. Most of all the issues have increased in Insider Bias. (Green Colorization).

Interesting to see what has not gone up

The red stained issues are sell type of issues. 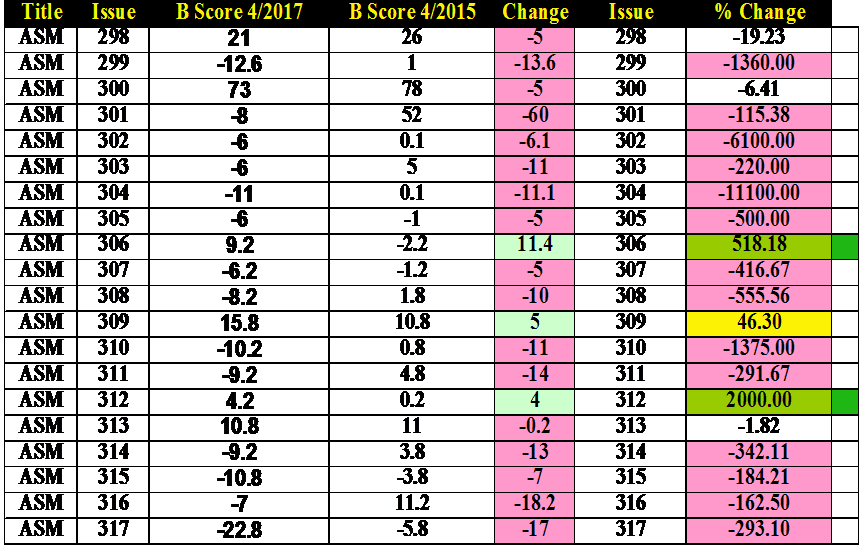 
*** FYI I have noticed that within the ASM run the Data from Table 2, Insiders vs Outsiders is more efficient. Zero is prefect efficiency. Red negative issues biased to the Outsiders (Sell) vs Positive Numbers (Green) Insider Biased (Buy) Between the two is the hold zone. Also I am see evidence of movement into these late bronze ASMs. Certainly below 203. Curious to see the next block of issues. 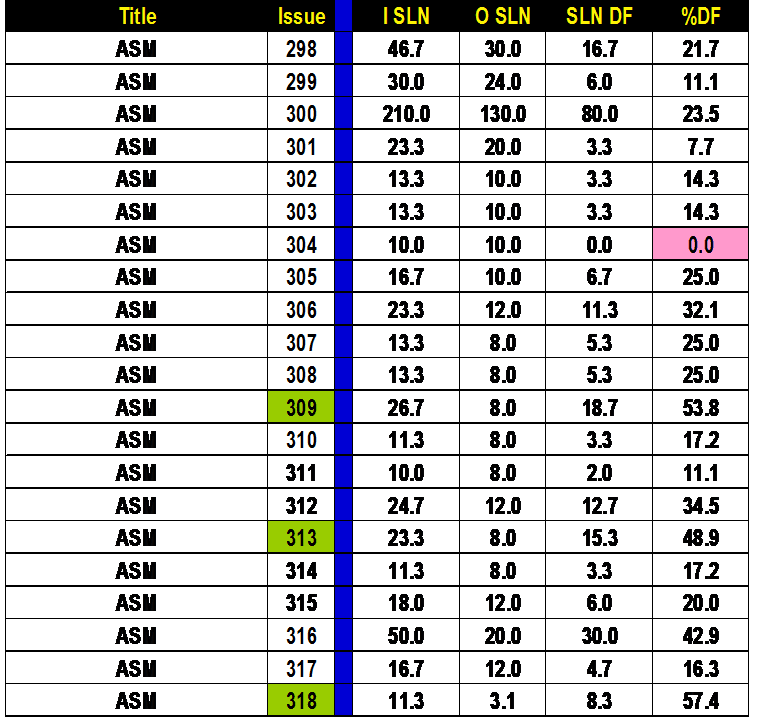 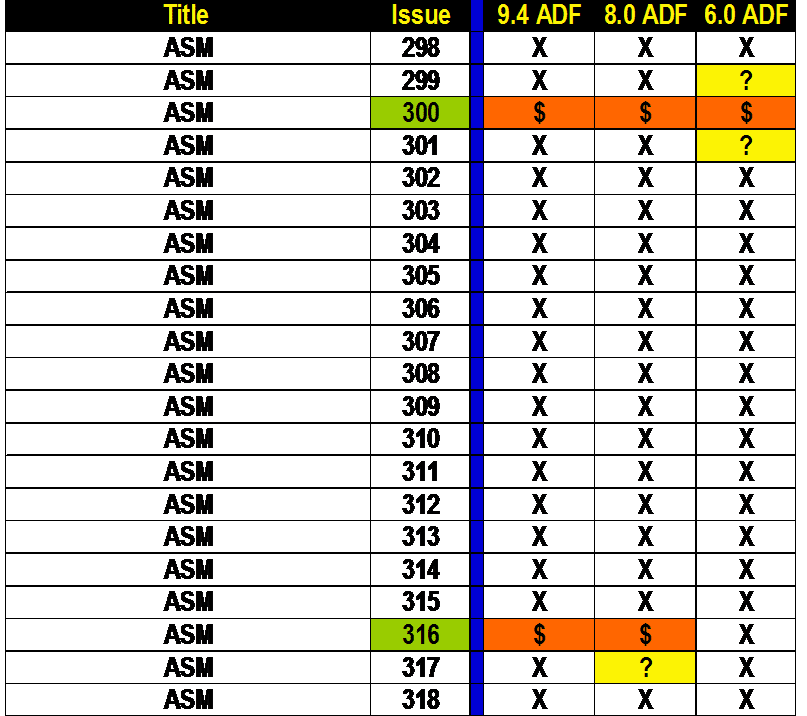 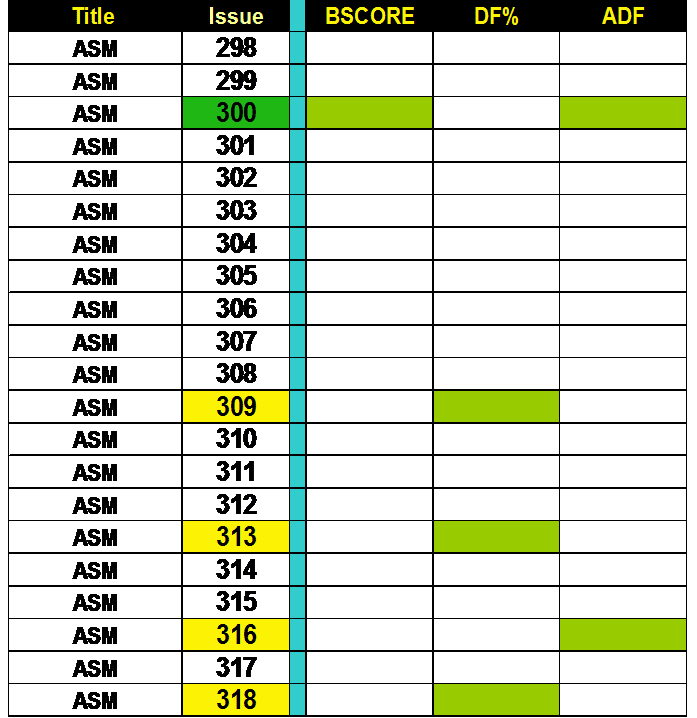 Table 5 is the last bit of data, the Scaled Desire Ranking. I have grouped 4180 issues of comics that I have covered and developed scaled desire rankings. The percentile that an issue occupies gives a wonderful insight into the true value of titles. So we position our title and its key issues in context. A score of 99 means that comic issue is desired at the highest level while 1 percentile is the lowest desired issue. (Green High-Red Low -Yellow staining implies uncertainty- opportunity?) 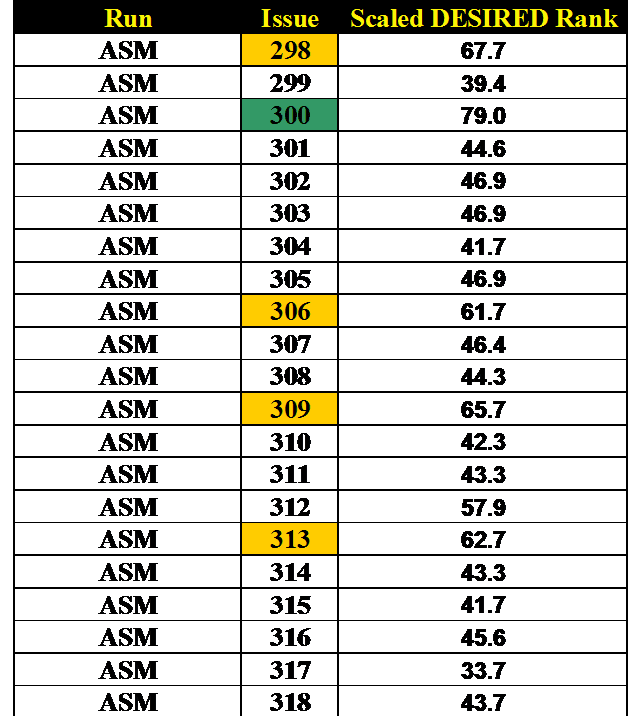