Investment Analysis of Fantastic Four 14 to 27. Which Issue is Hot or Not? Profitable Info? 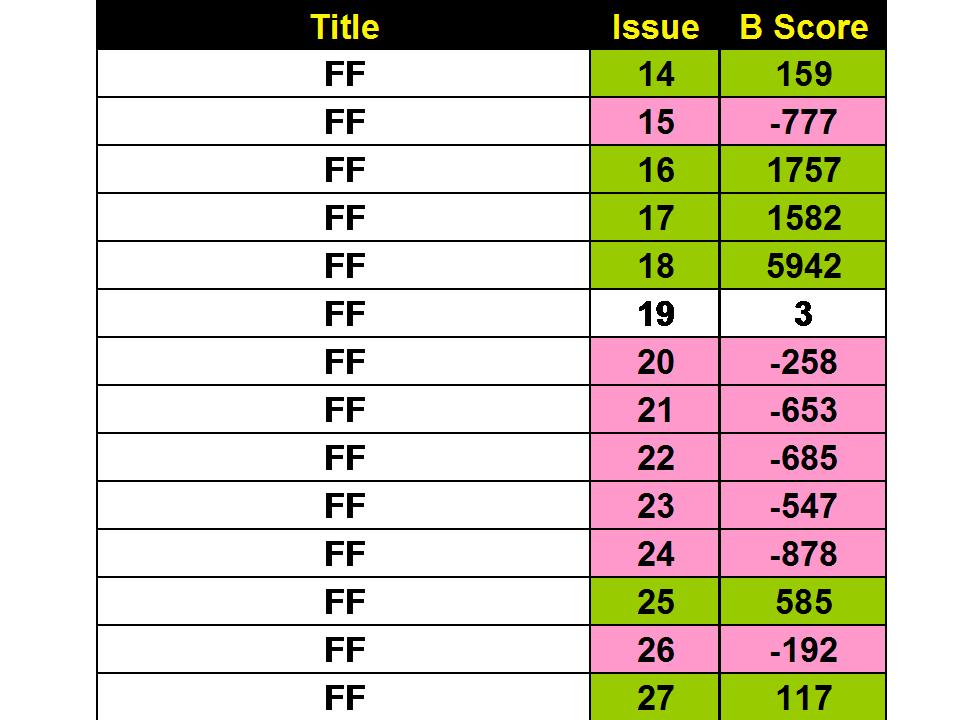 Interesting to see what has not gone up. All issues have gone down except FF 14 16 and 27 which are buy issues.

FF 17 Defeated by Dr. Doom and a nice cover

I propose this means in the last 2 years the investing world has not really been heavily vs the ordinary investors. In other words the proportion of attention on these issues has not been strong with investors with the exceptions of 14 16 and 27.


This does mean these issues are not valuable or highly collectible. I have added my database rank of each issue in Figure 6.

Given the other obvious issues in FF coming, we could predict nice upticks in desire. 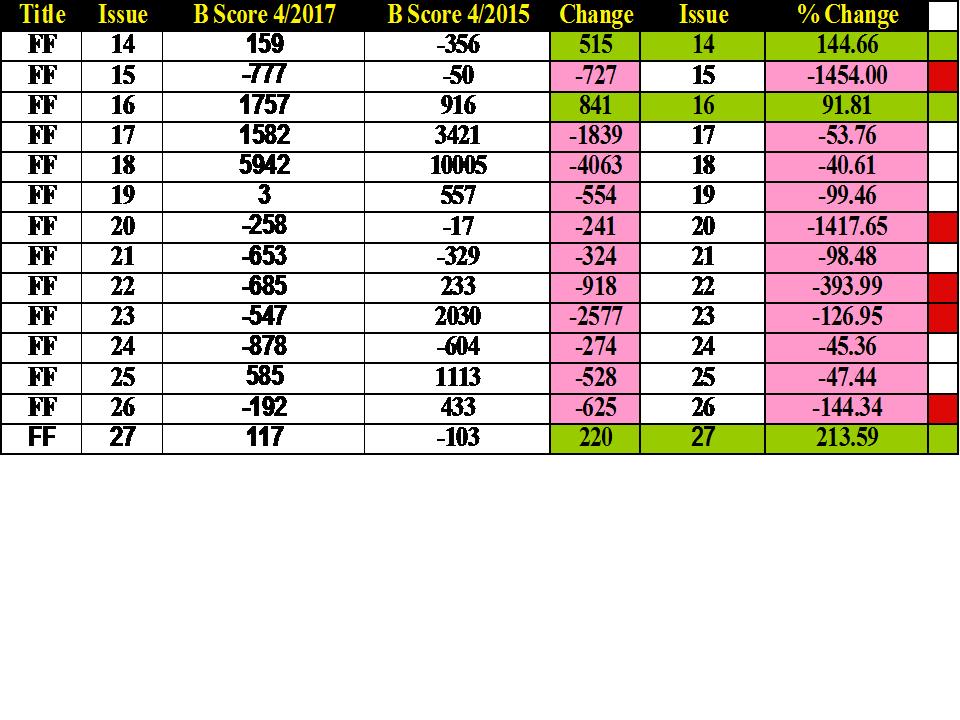 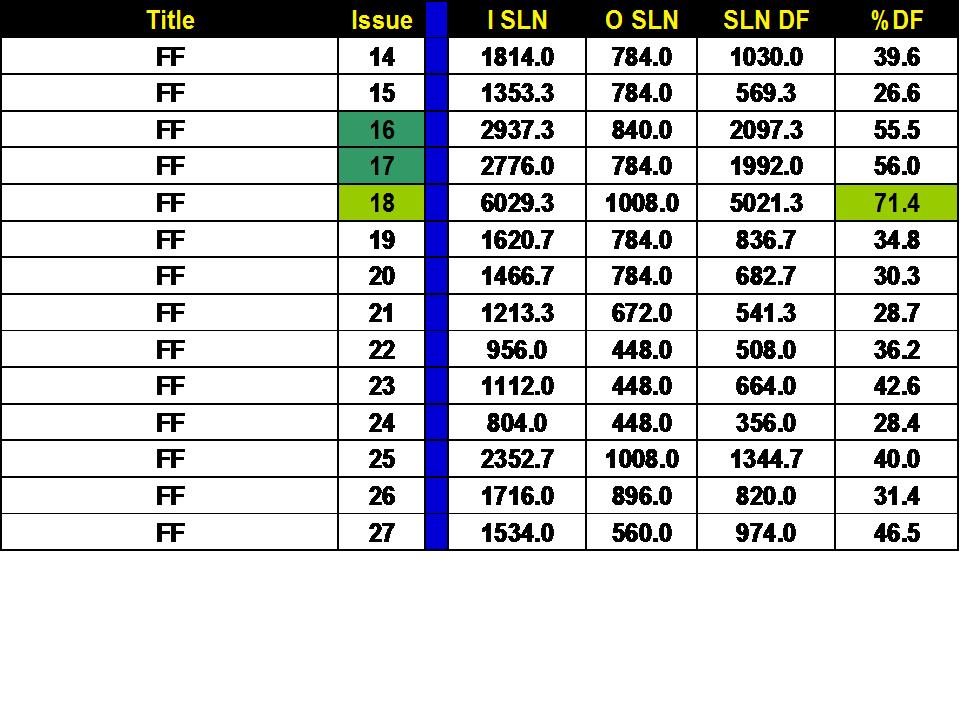 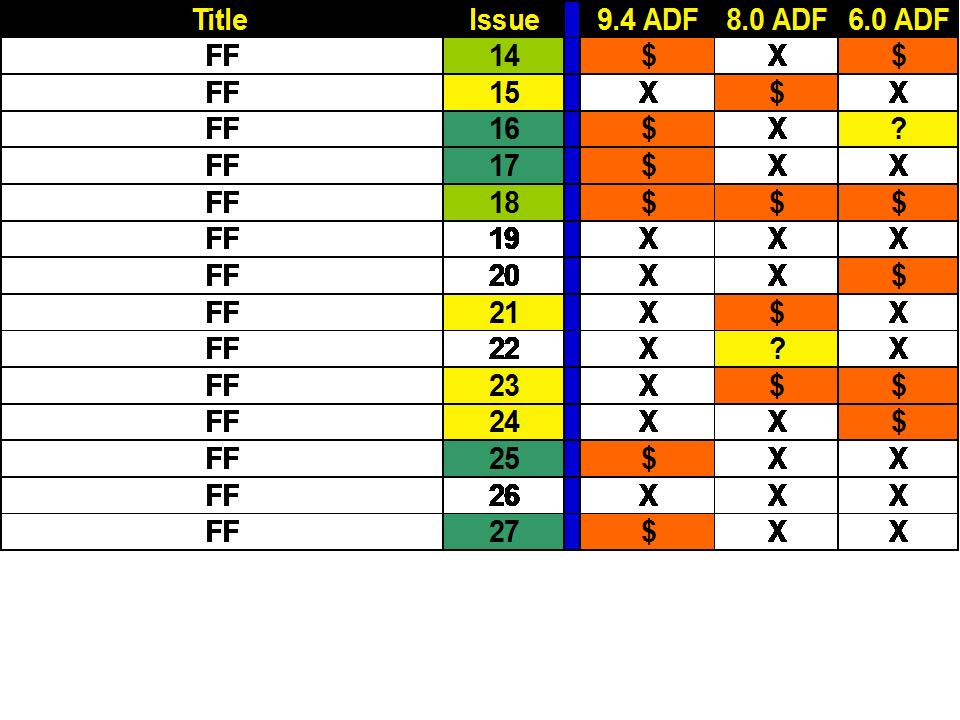 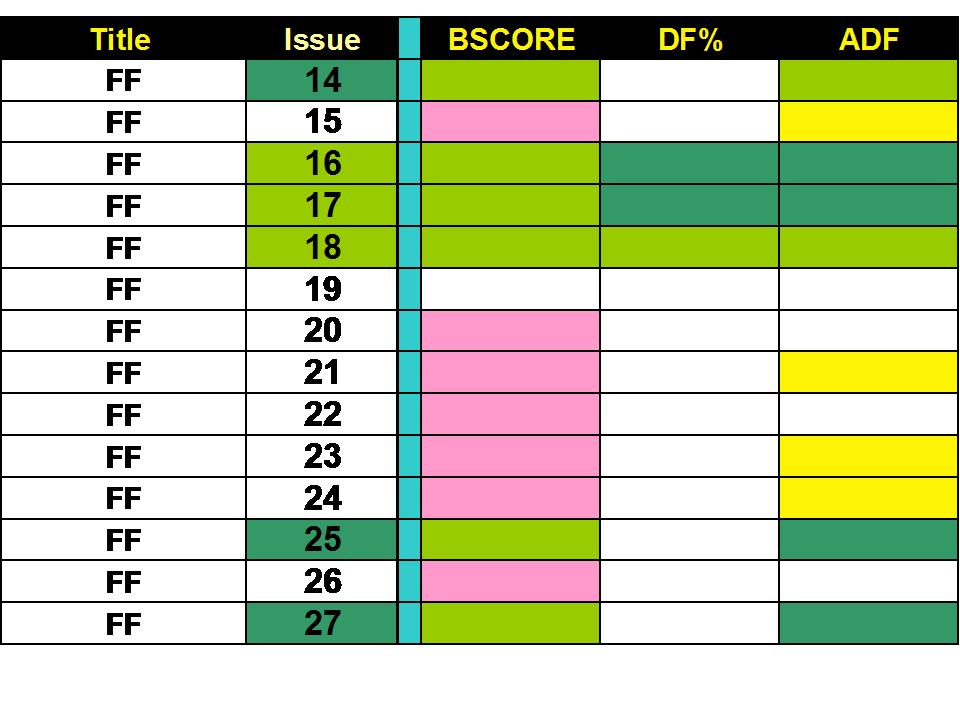 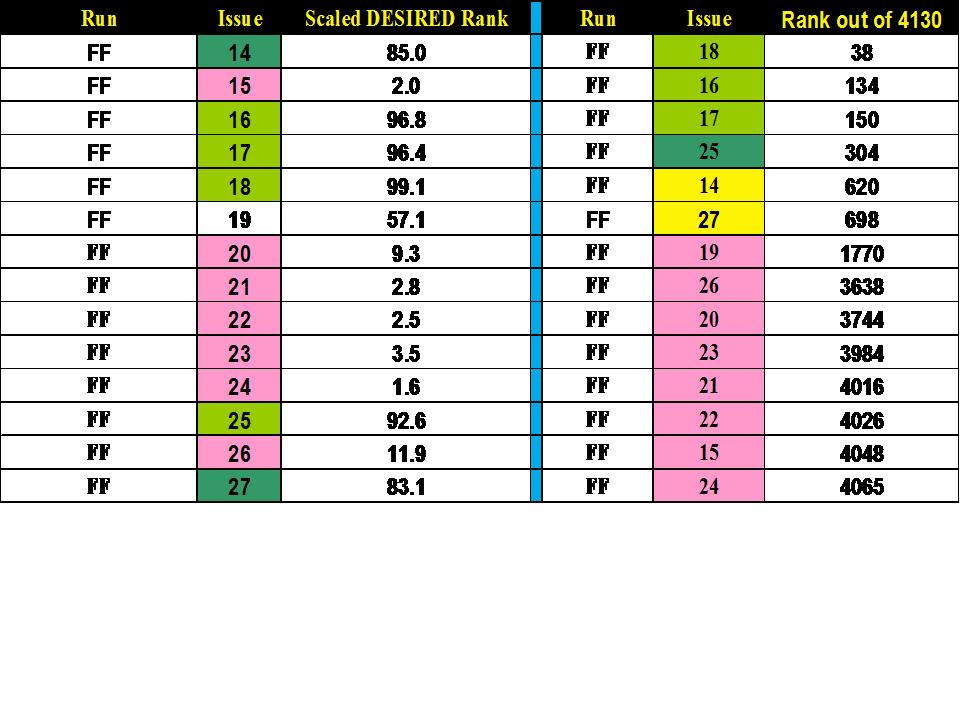