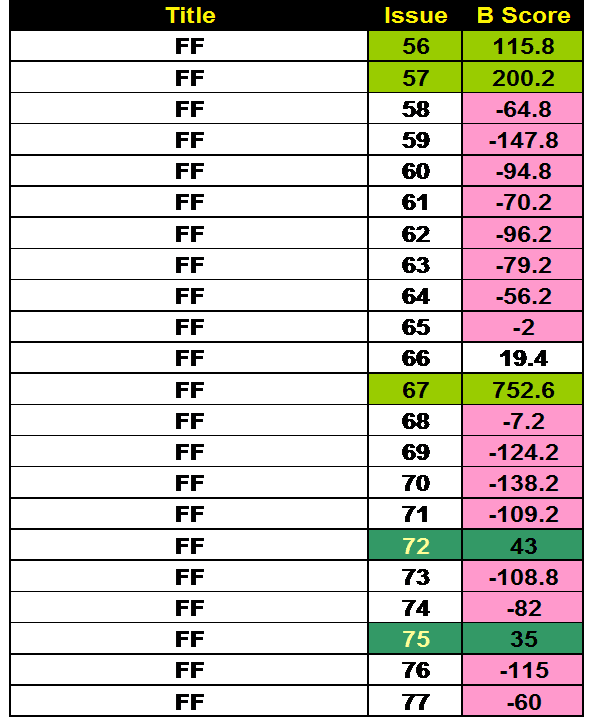 All issues have gone down except 56, 66, 67 and 77. The others are a sell or hold for you. The buy signal is squarely on the 4 issues that went up in investors interest.

Issue 56 "Klaw, the Murderous Master of Sound!" I have not clue why the interest?

As I look across different landscapes of data, not all is neat and clear. If investing data was ever clear and neat everyone would be doing the same things.

Consider that data can be murky at times and in the end, all we should do is use it to inspire thinking about our decisions. 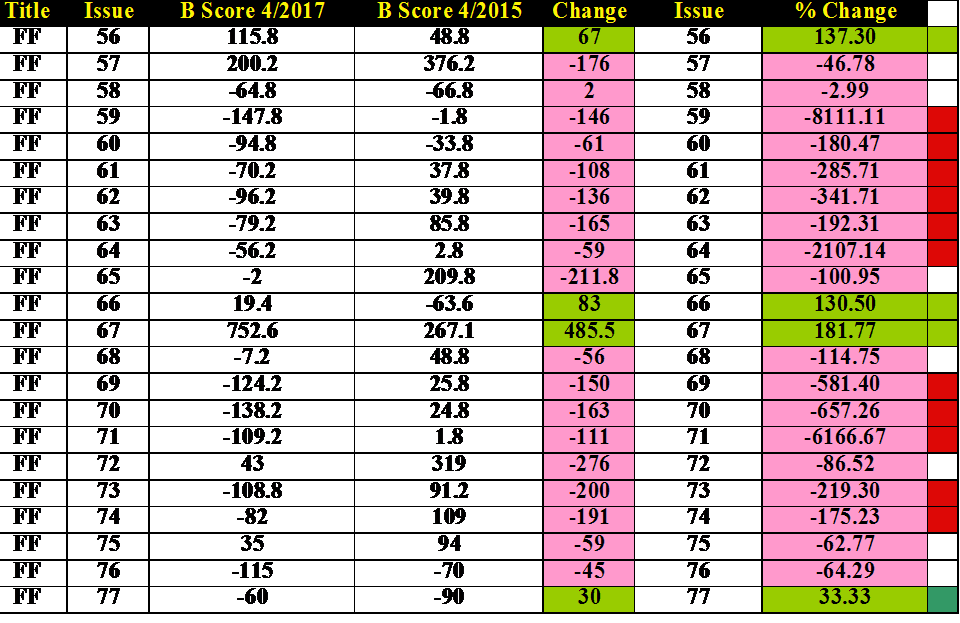 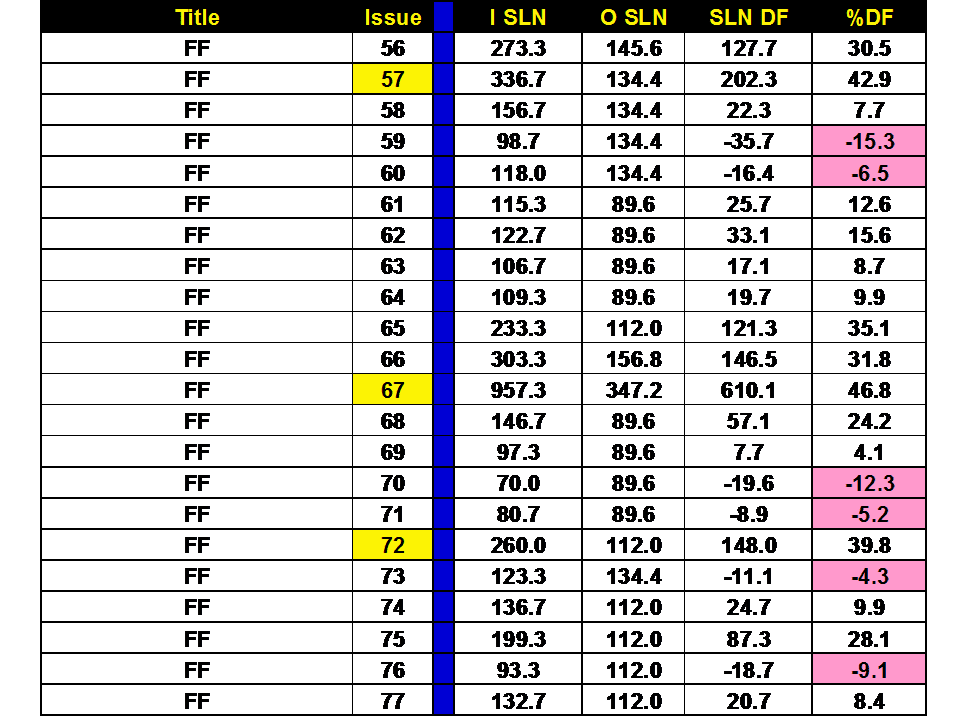 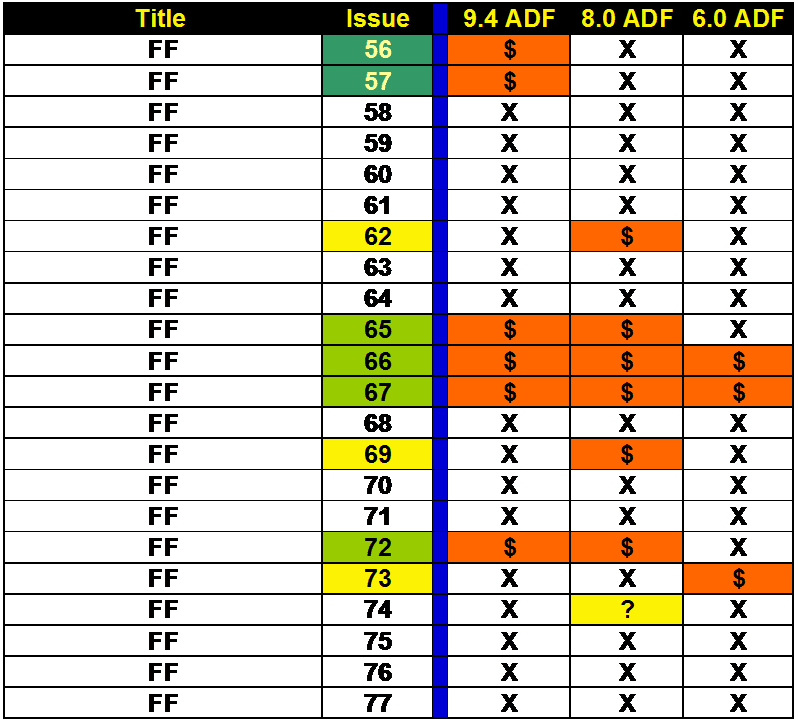 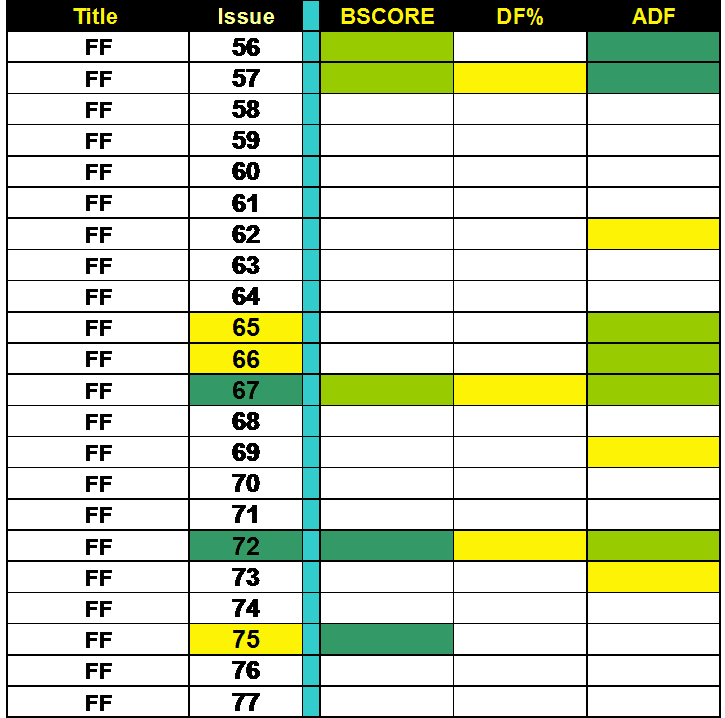 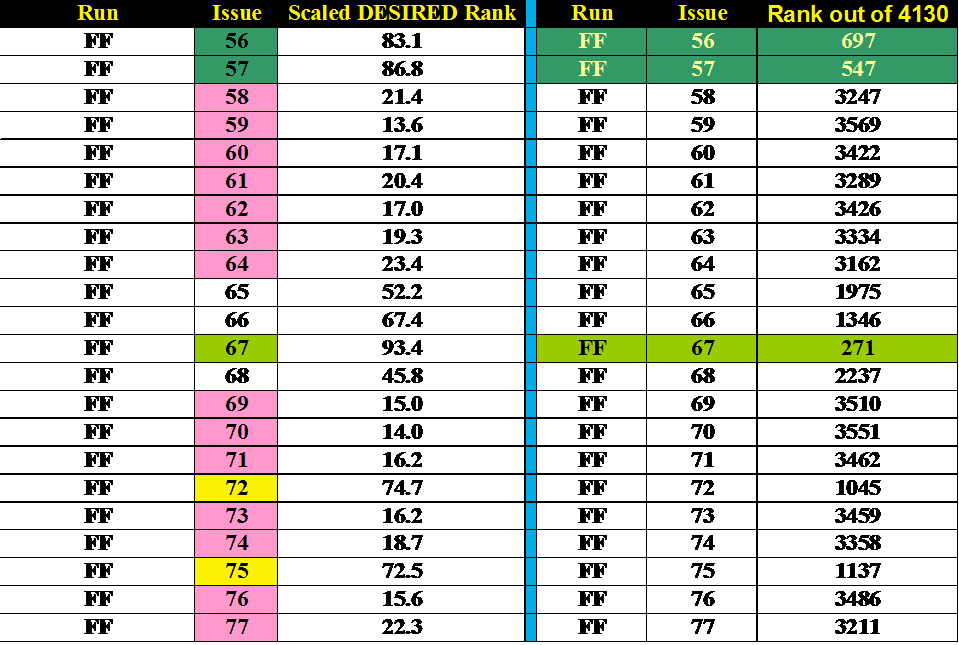