Investment Analysis Fantastic Four Issues 45 to 55. Issue 48 has conflicting data which was a surprise. 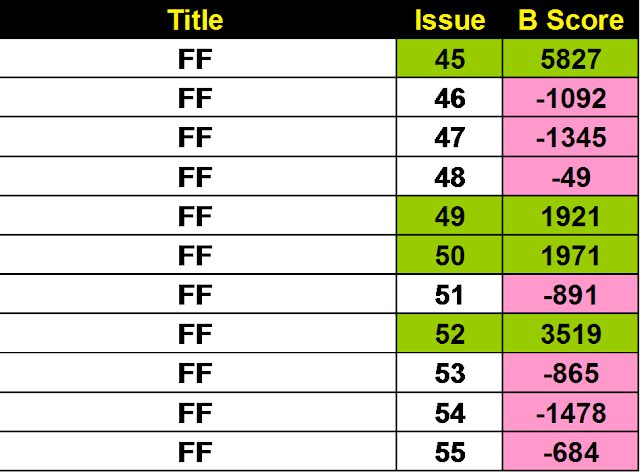 In some ways this data mirrors what one might expect. Issues 45, 48, 49 and 52 are the strong issues and interest as a whole has strengthen.

The overall B score was a negative -49 implying that that it as a whole across all the grades is being bought as much by serious vs non serious investors.

"Everybody is interested, everyone knows its a key issue etc"

The 2015 to 2017 change (+238) in Issue 48 is actually a good sign as it suggests the pressure from the non-serious buyers has weaken as they have moved on while the investors are very bullish on it! In 2015 the regular buyers were buying into it as compared to the investing group.

Note that the looking at the Insiders vs Outsiders data in table 2 showed that issue 48 was the second highest on these issues at 1120 and issue 52 was at 1568. These are strong numbers from the general public, they was all over these 2 issues.

Table 3 data looks at the individual grade data separately. Issue 48 is still being heavily bought by the insiders vs outsides within each grade of 9.4, 8 and 6.

Issue 48 is still a buy but other issues such as 49 might be a better bargain for the future.

As I look across different landscapes of data, not all is neat and clear. If investing data was ever clear and neat everyone would be doing the same things.

Consider that data can be murky at times and in the end, all we should do is use it to inspire thinking about our decisions. 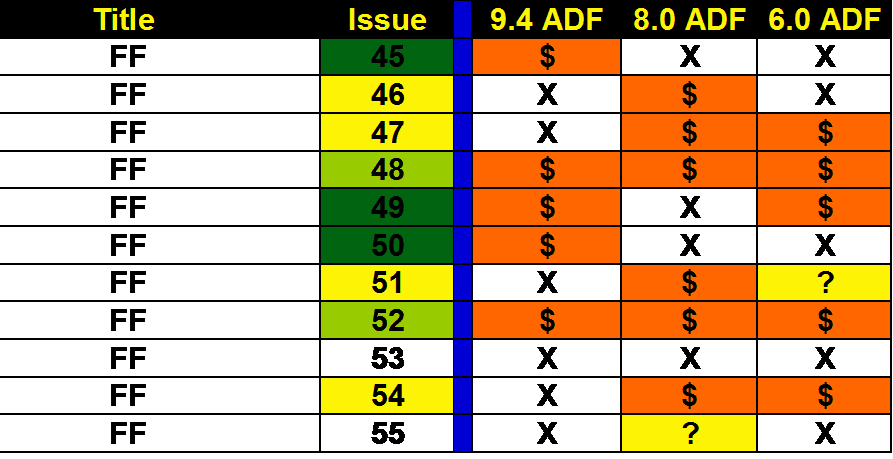 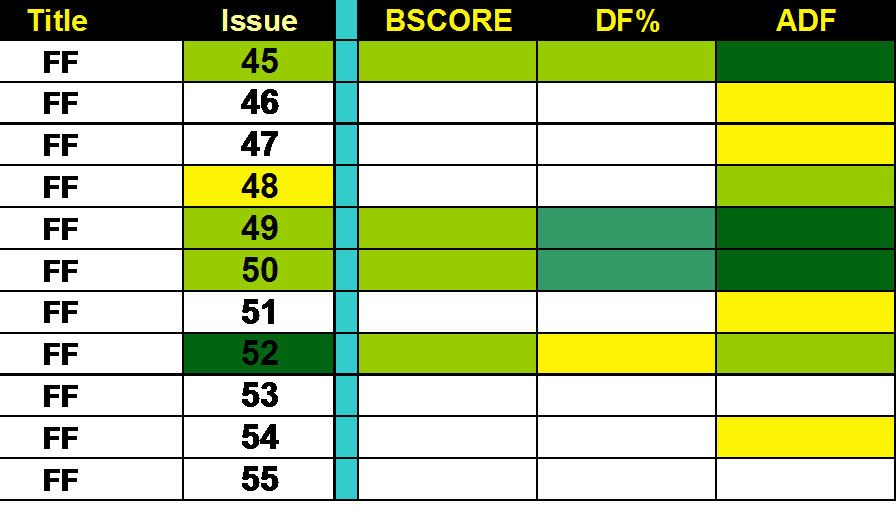