Updated Investment Analysis of Amazing Spiderman # 1 to 17 plus AF #15. Surprising Update from 2015 Data!

Updated Investment Analysis of Amazing Spiderman # 1 to 17 plus AF #15. Surprising Update from 2015 Data! 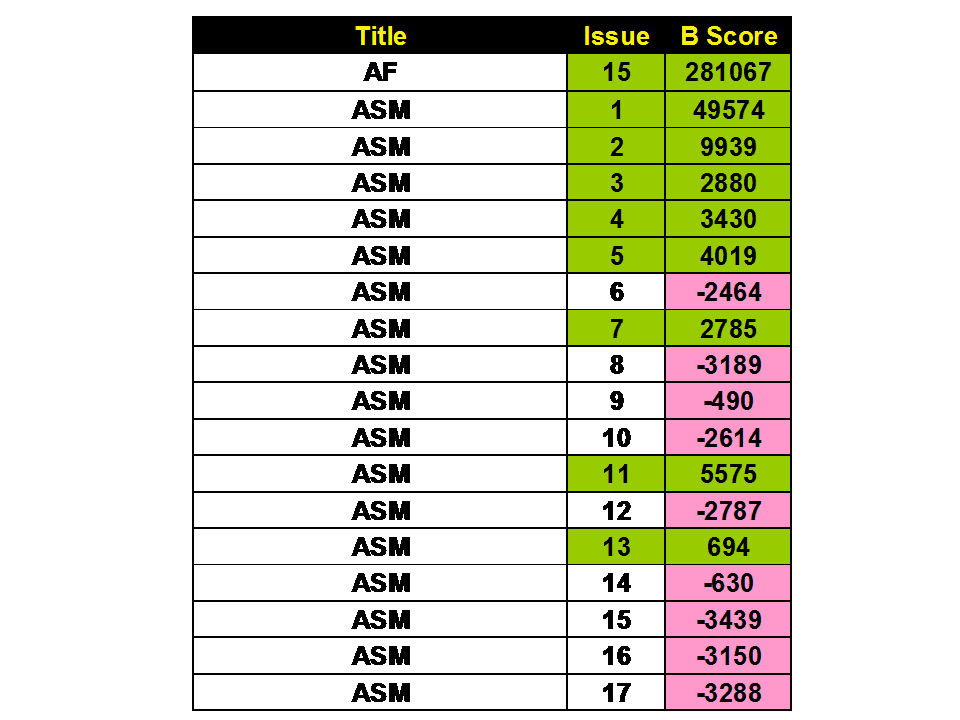 The following figure lists the Title, Issue, Current Bias Scoring, Previous Bias scoring, Bias Score Change and the % of Change. I have colorized for your pleasure the Bias Score Changes (Green Up and Red Down) and the Issue numbers are colorized as well. Bright Green highlights the issues that have had a very high change in insider interest relative to outsider forces! Dark Green issues have a lower but still nice increase, Pink colorization points out the issues that have lost Insider Investing Interests and finally, Red colorization shows issues that have been completely ignored by serious investors! (Relative)

Issue 7 The Return of the Vulture 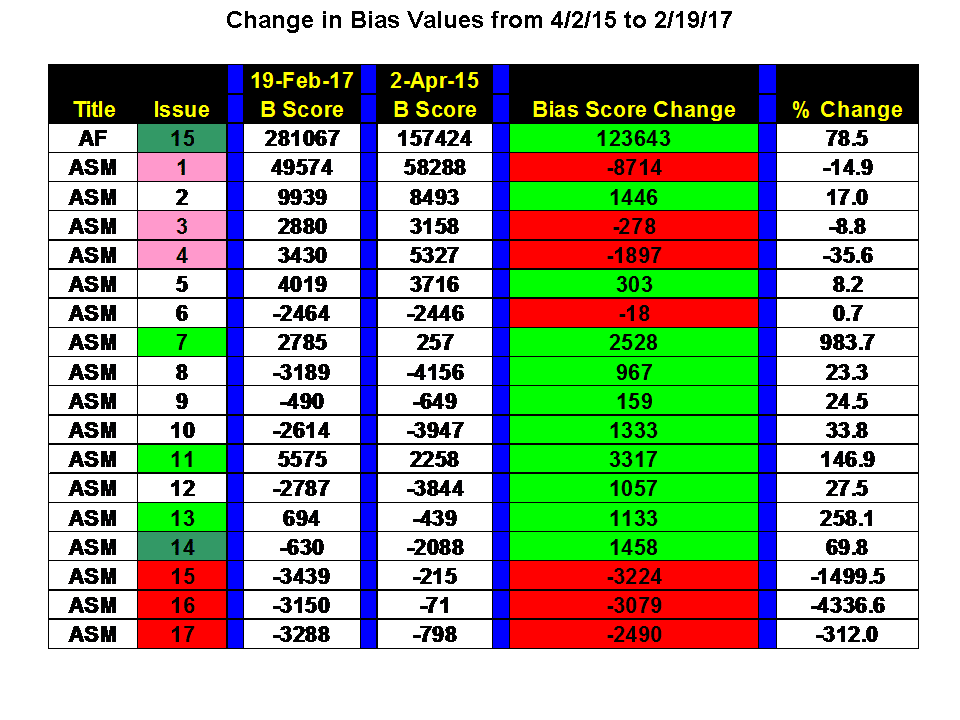 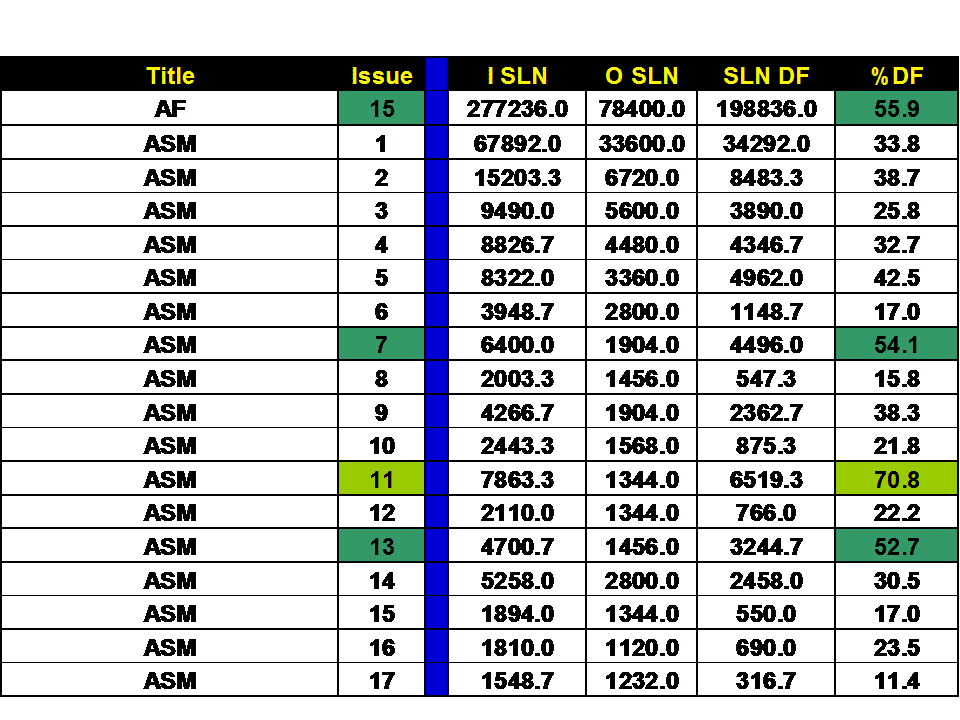 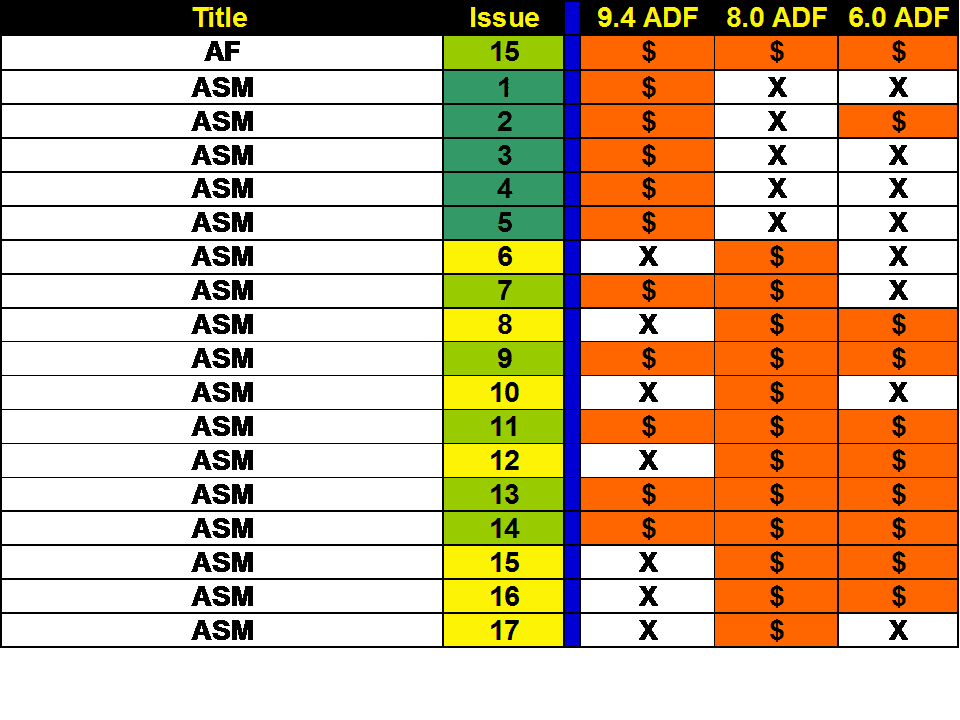 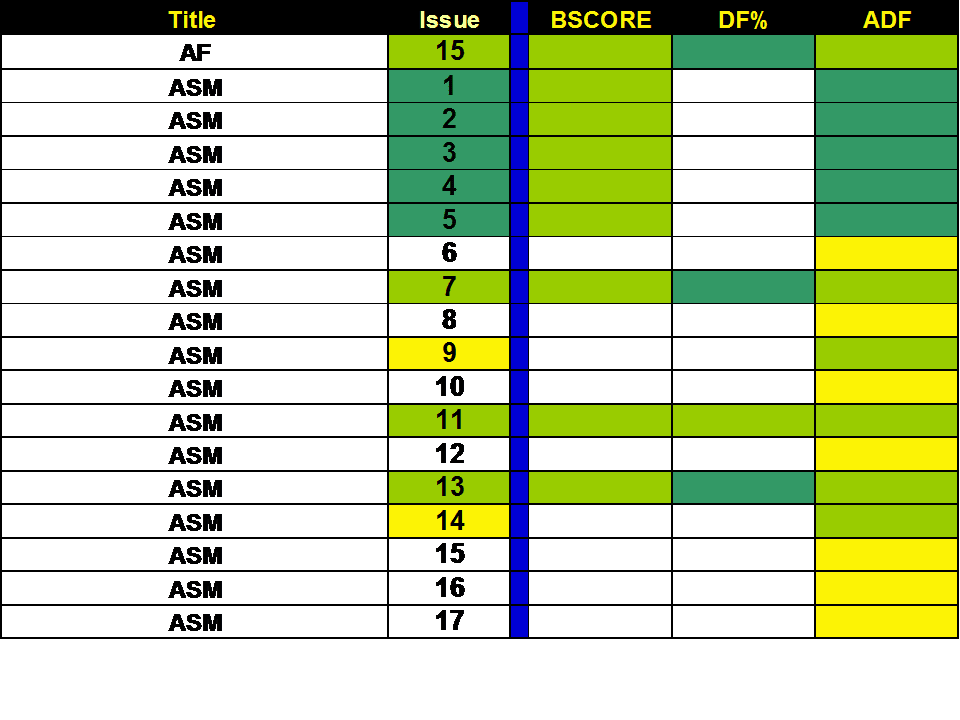 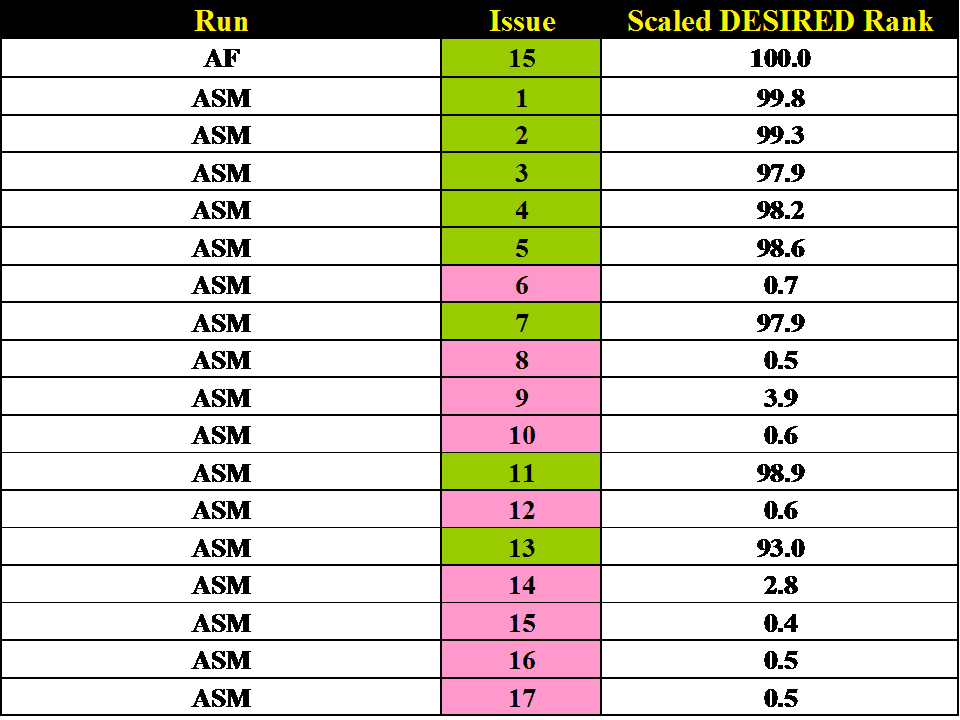