Investment Analysis of Adventure Comics #391 to #427. A Few Interesting Issues

#400 The 35th Anniversary Issue. New costume for Supergirl.  Return of the Black Flame

I have been grabbing ASM Data to update 1 to 100 as well.


Table 5 is the last bit of data, the Scaled Desire Ranking. I have grouped 4017 issues of comics that I have covered and developed scaled desire rankings. The percentile that an issue occupies gives a wonderful insight into the true value of titles. So we position our title and its key issues in context. A score of 99 means that comic issue is desired at the highest level while 1 percentile is the lowest desired issue. (Green High-Red Low -Yellow staining implies uncertainty- opportunity?) 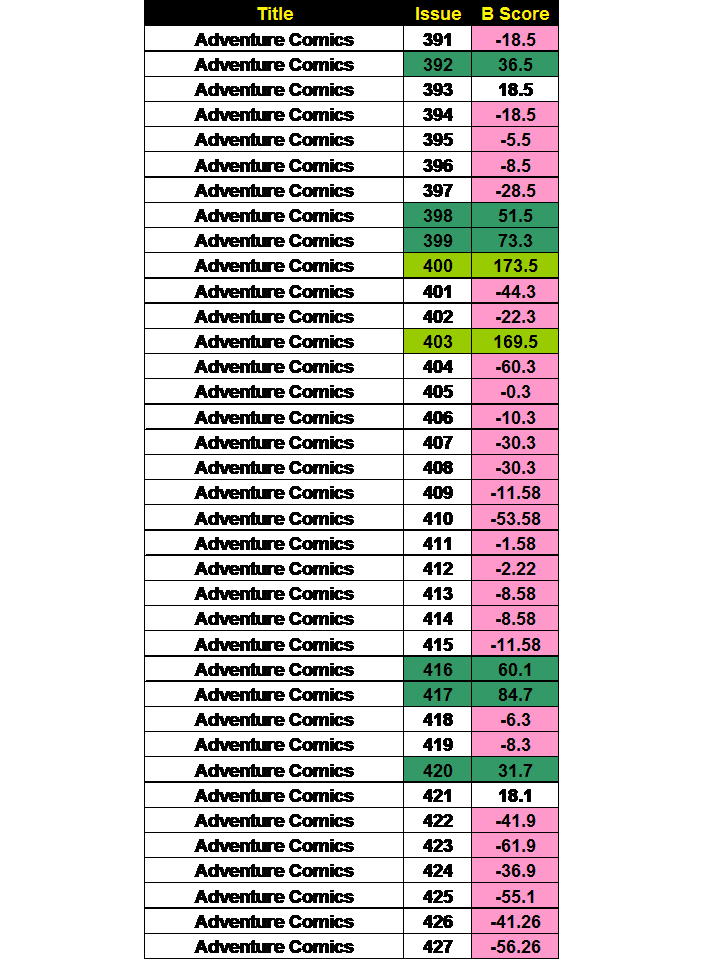 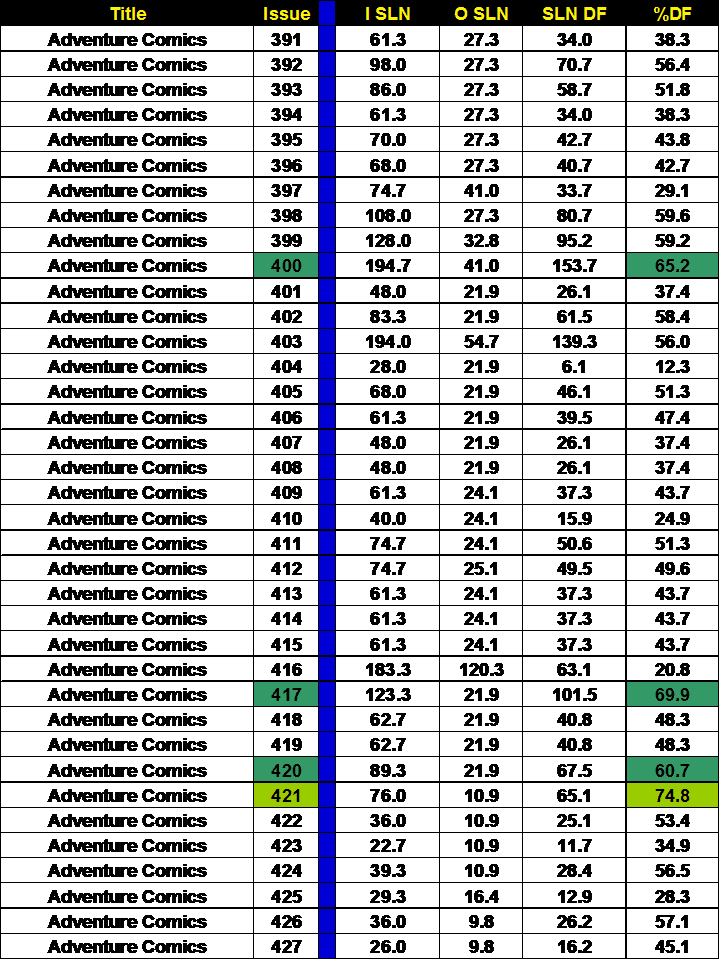 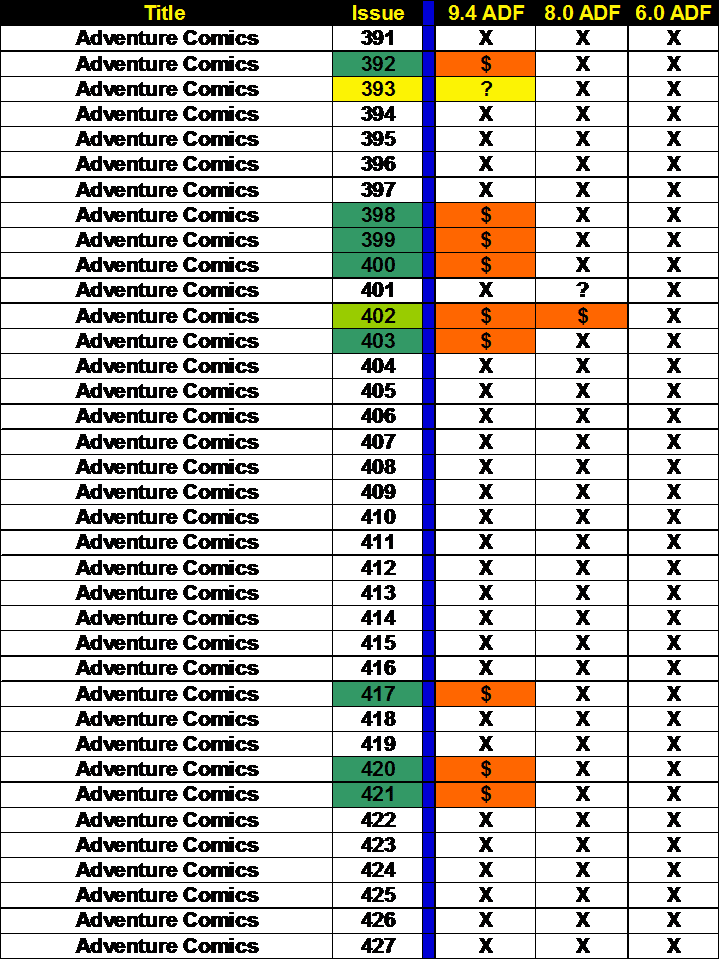 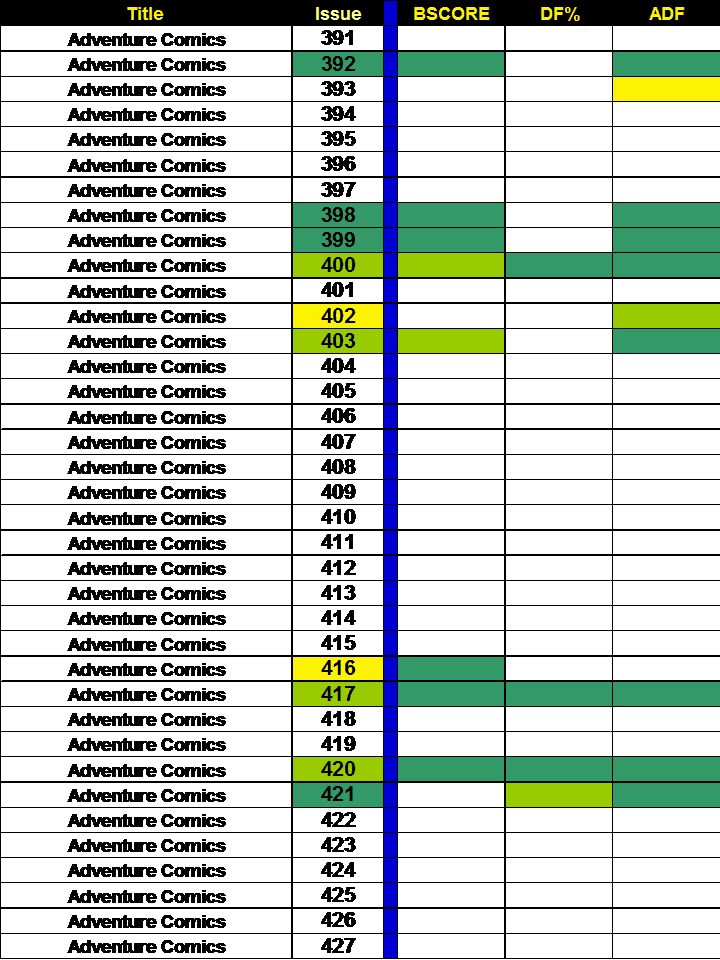 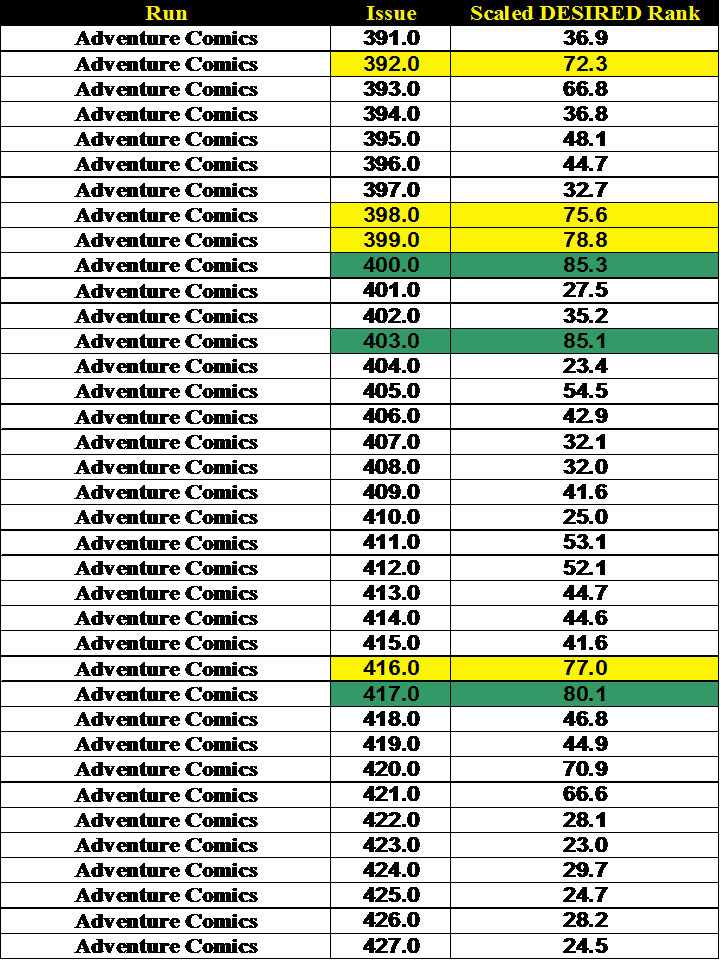 Investment Analysis of Adventure Comics #391 to #427. A Few Interesting Issues