Investment Analysis of Detective Comics #412 to 445.


The first table presents the Bias Score for all the issues. Bias scores show which issues are being bought by the Insiders (Pros) vs. the Outsiders (Fans Less Serious). The concept of my approach is to focus on the issues being bought BULLISHLY by the investors. We developed an analysis of data to quantify this Bias (B Score). We mark the issues with the highest Bias with Lime Green followed by a Dark Green staining for issues with a lesser but definite Bias.

Table 5 is the last bit of data, the Scaled Desire Ranking. I have grouped 2428 issues of comics that I have covered and developed scaled desire rankings. The percentile that an issue occupies gets wonderful insight into true value between titles. So we position our title and its key issues in context. A score of 99 means that comic issue is desired at the highest level while 1 percentile is the lowest desired issue.


10/23/15 As you can see I am Posting Once a Week on Wednesday. I may speed up after Football Season. FYI Going into the Silver AGE __ Detective Comics, Action Comics, The Flash, Justice League, Adventure Comics, World's Finest, Green Lantern V2, Brave and Bold, Aquaman, Dc Presents, House of Mystery, Tales of the Unexpected, Witching Hour, Johan Hex,Teen Titans, Our Army, Weird Western Tales, etc. Hope to finish DC out. Thinking about Other Publishers as well.

11/17/15 Brave and Bold Analysis coming in Dec 16ish. Next after Detective Comics 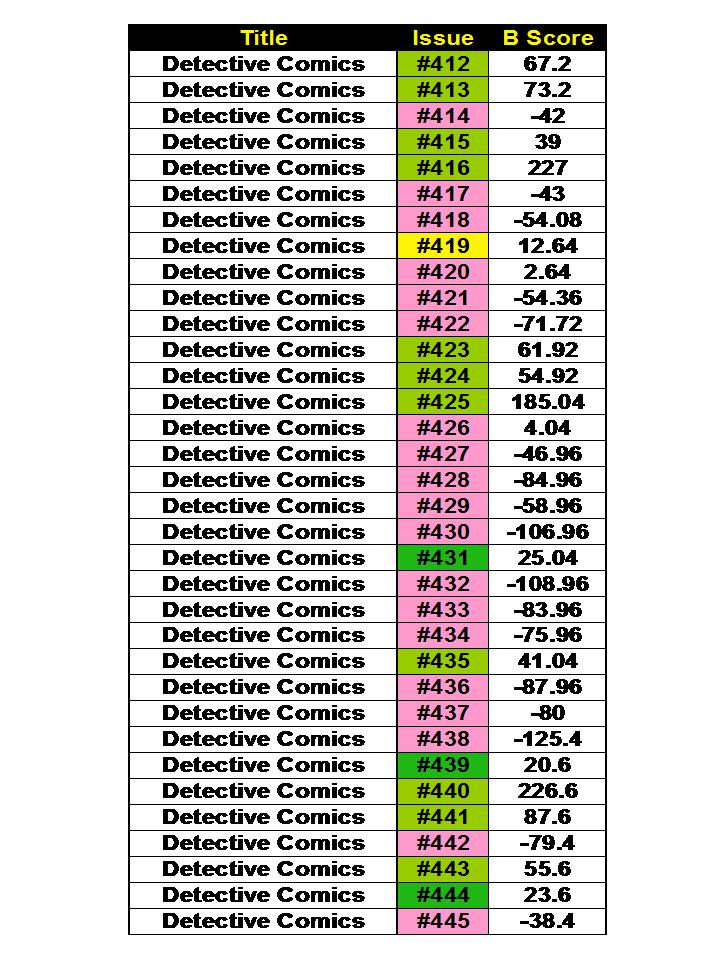 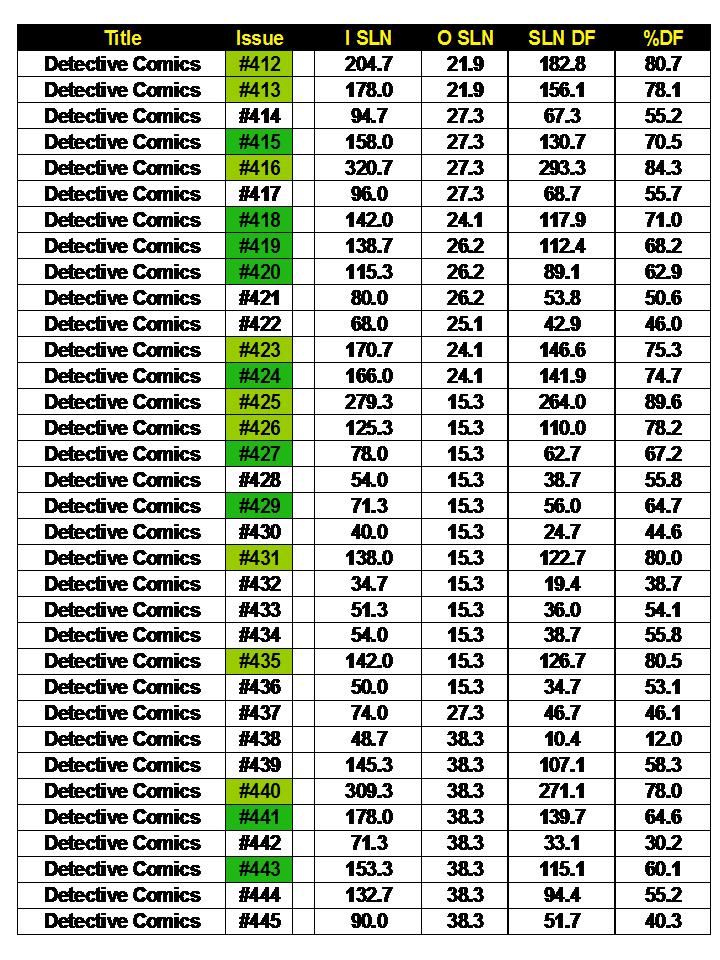 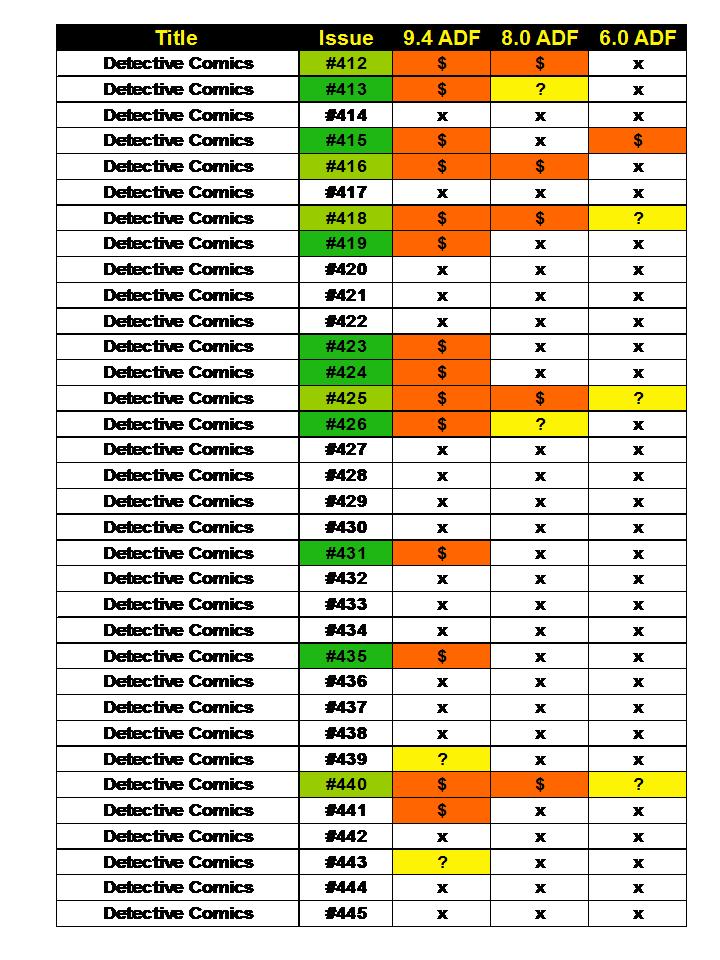 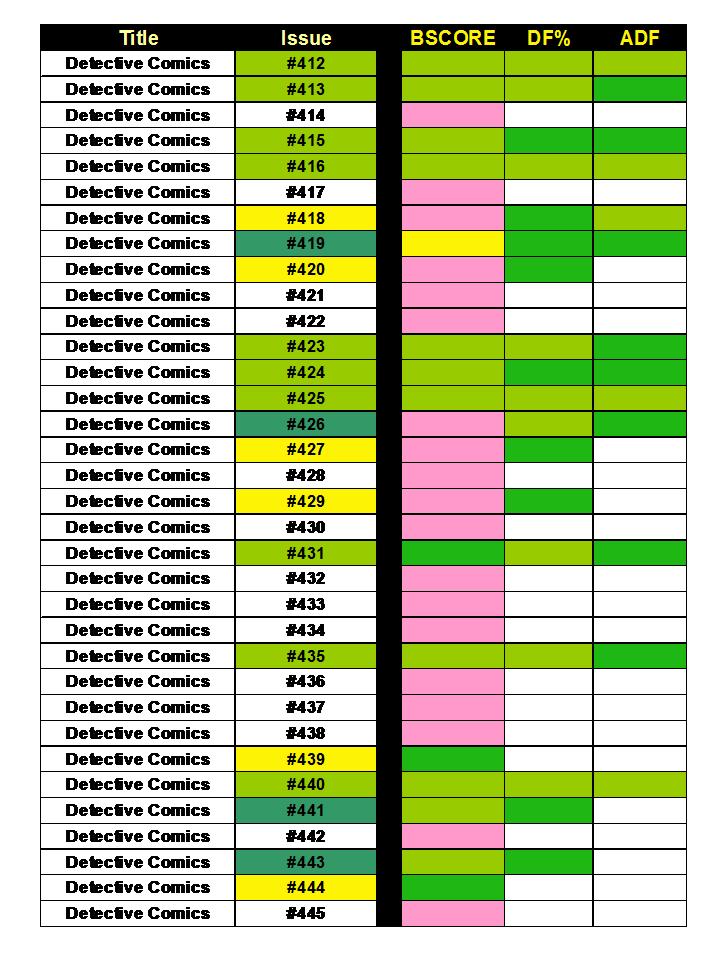 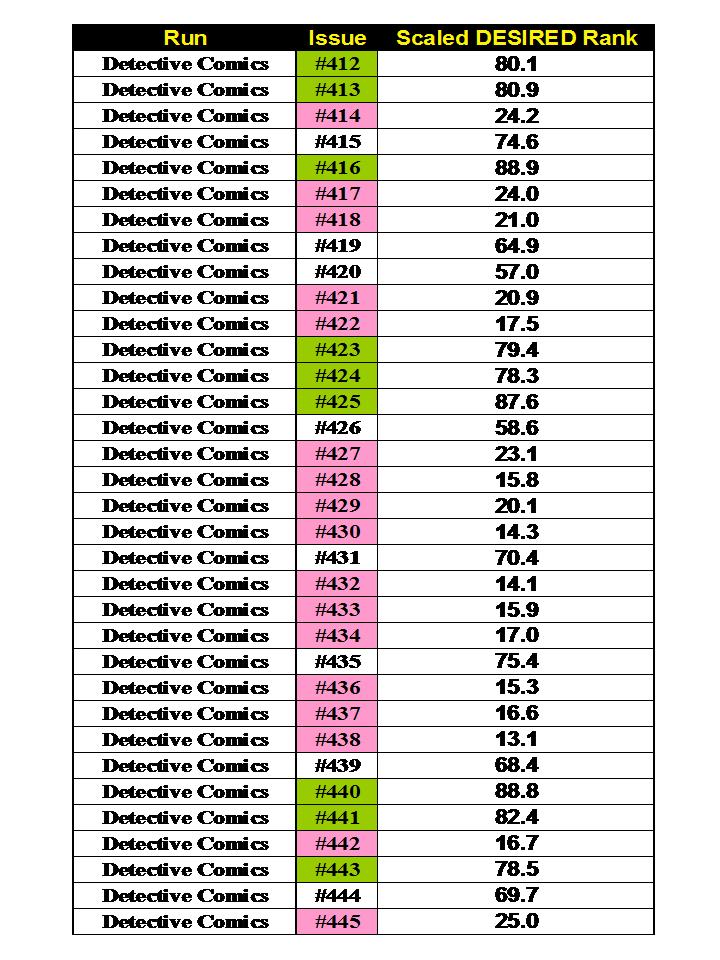 Investment Analysis of Detective Comics #412 to 454.