" Its a very interesting run so far. Data pointing in multiple ways? "


Table 5 is the last bit of data, the Scaled Desire Ranking. I have grouped 3492 issues of comics that I have covered and developed scaled desire rankings. The percentile that an issue occupies gives wonderful insight into true value between titles. So we position our title and its key issues in context. A score of 99 means that comic issue is desired at the highest level while 1 percentile is the lowest desired issue. (Green High-Red Low -Yellow staining implies uncertainty- opportunity?) 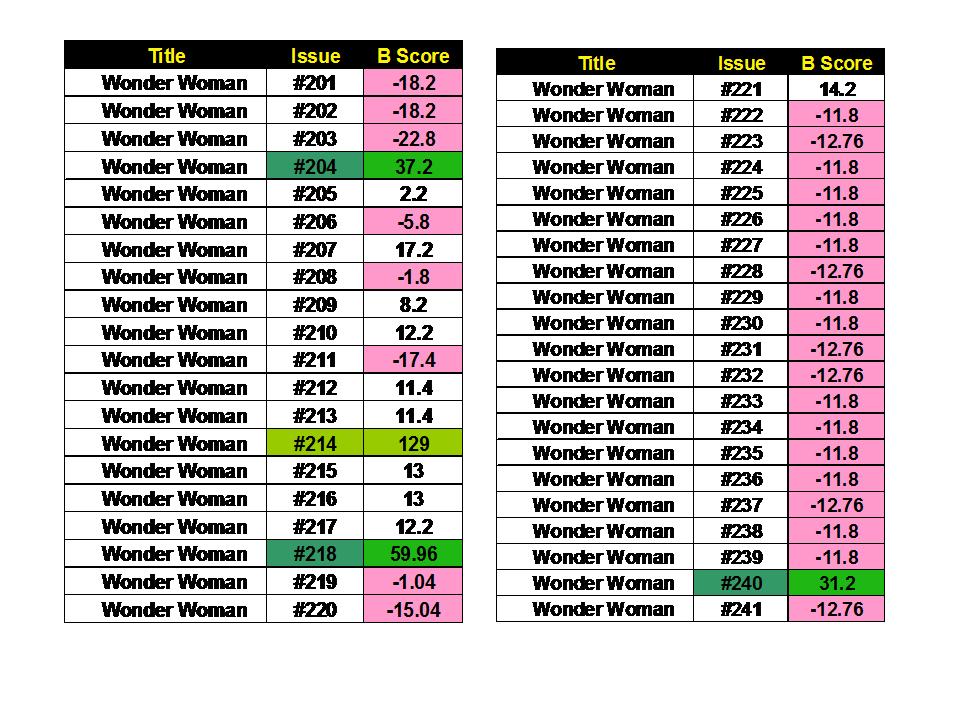 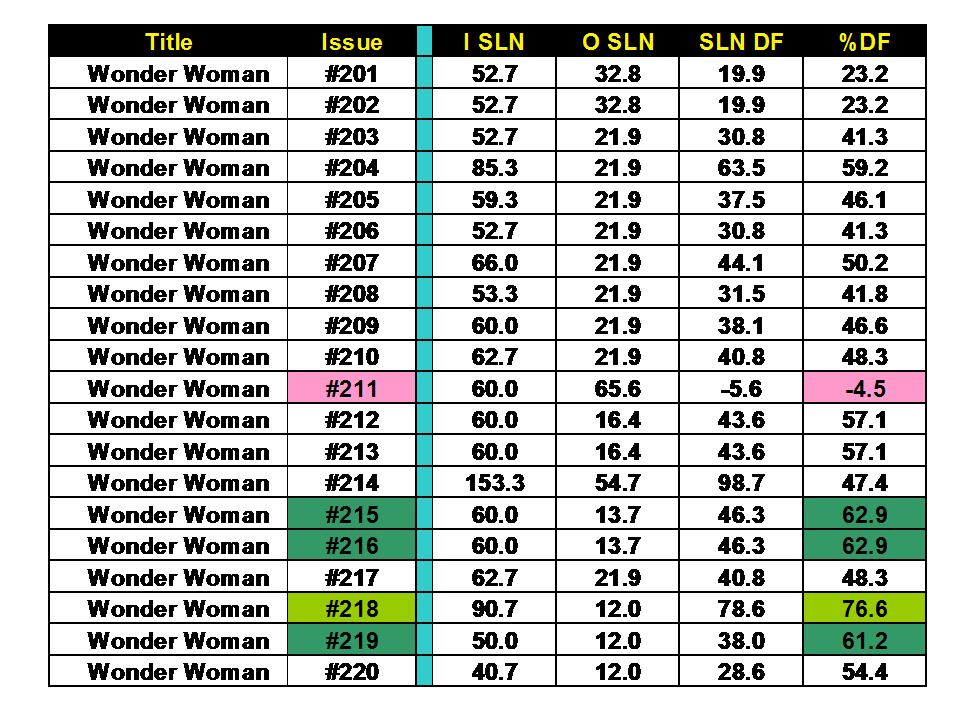 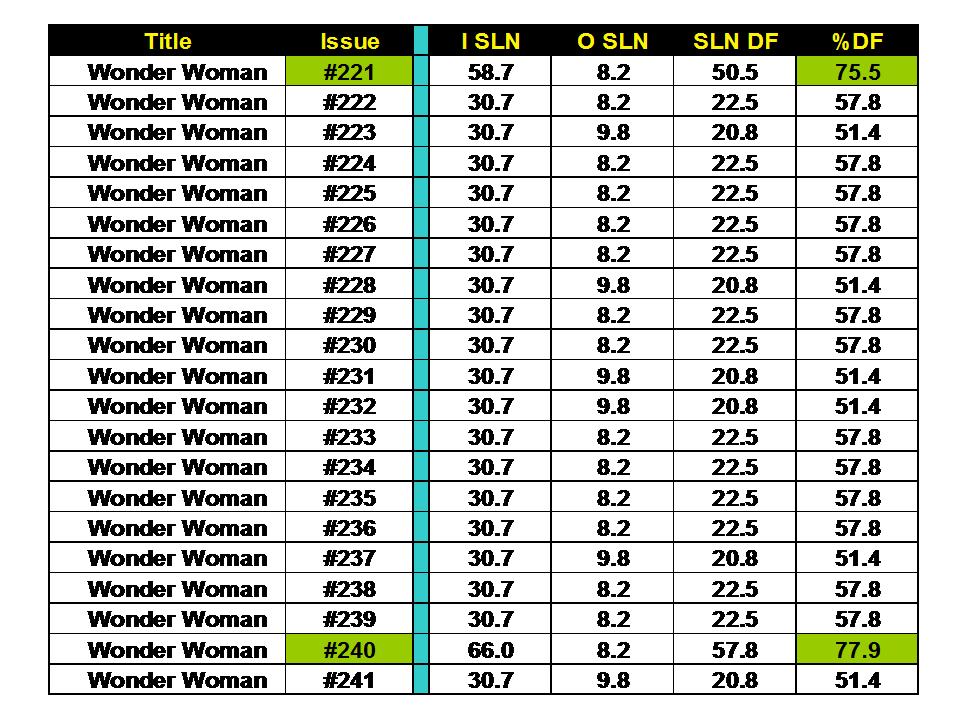 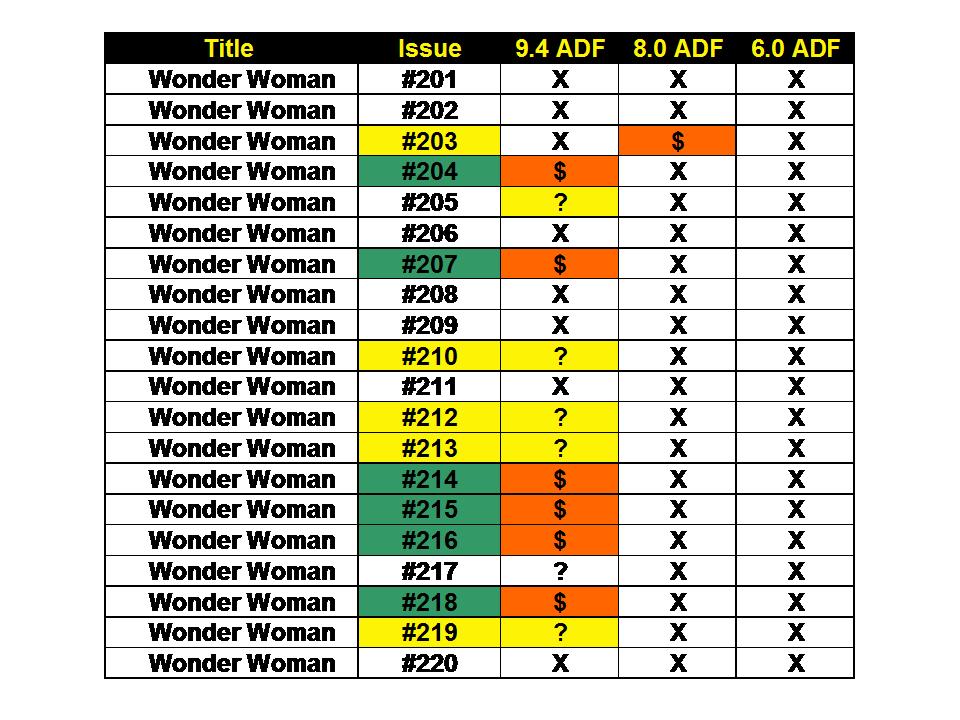 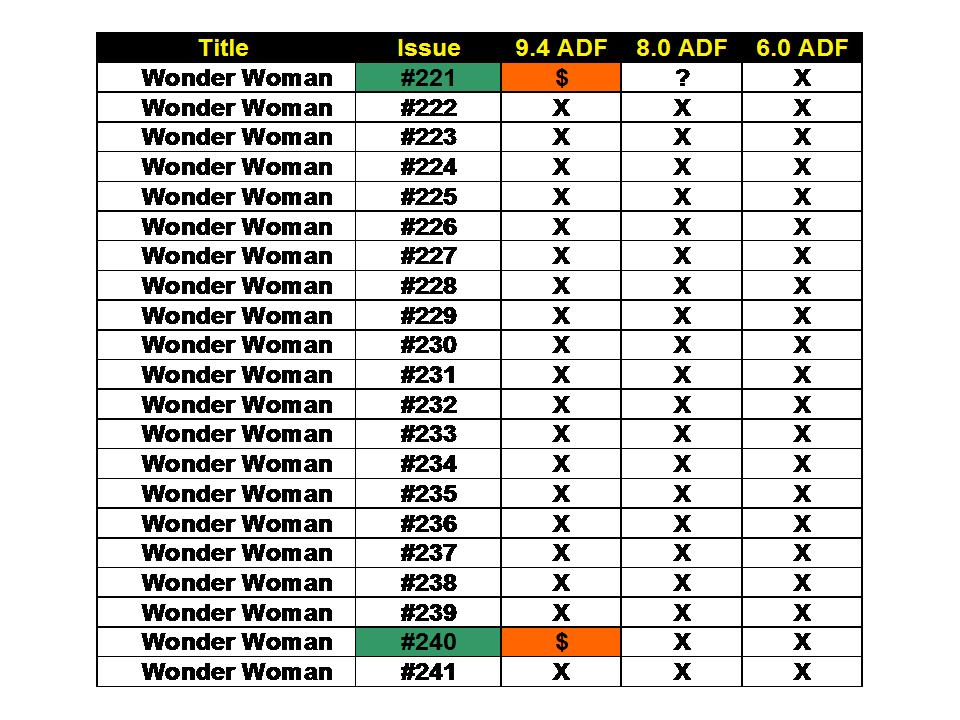 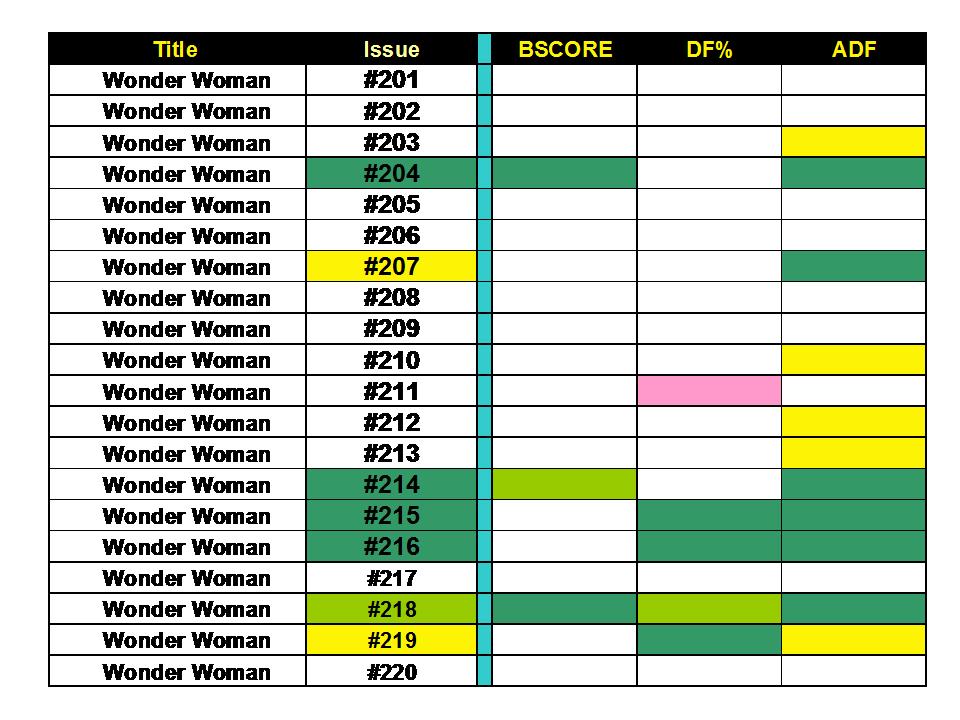 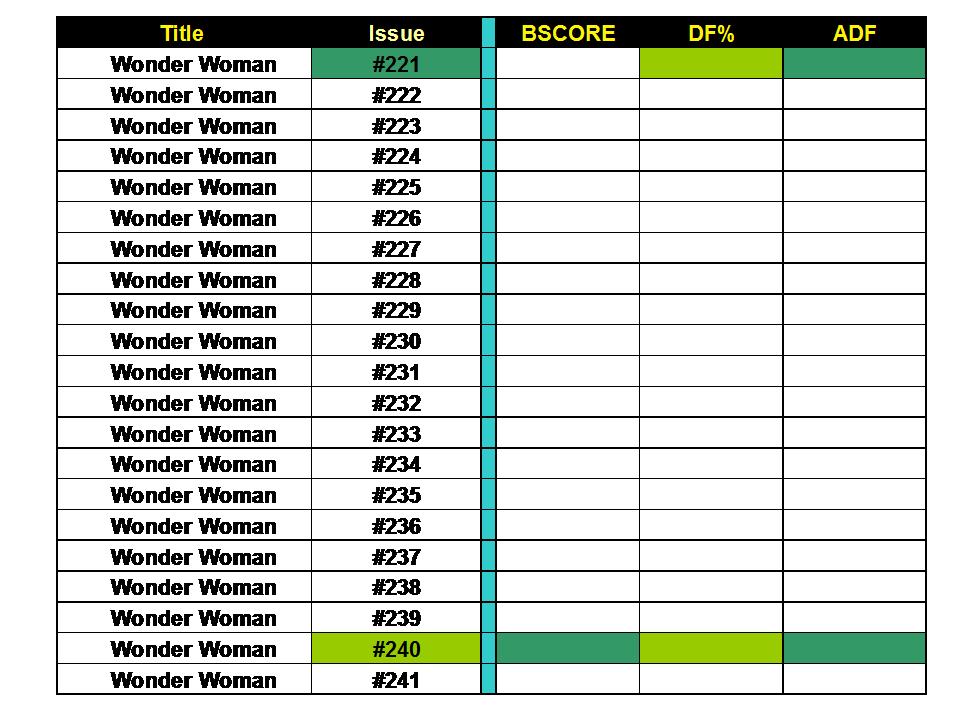 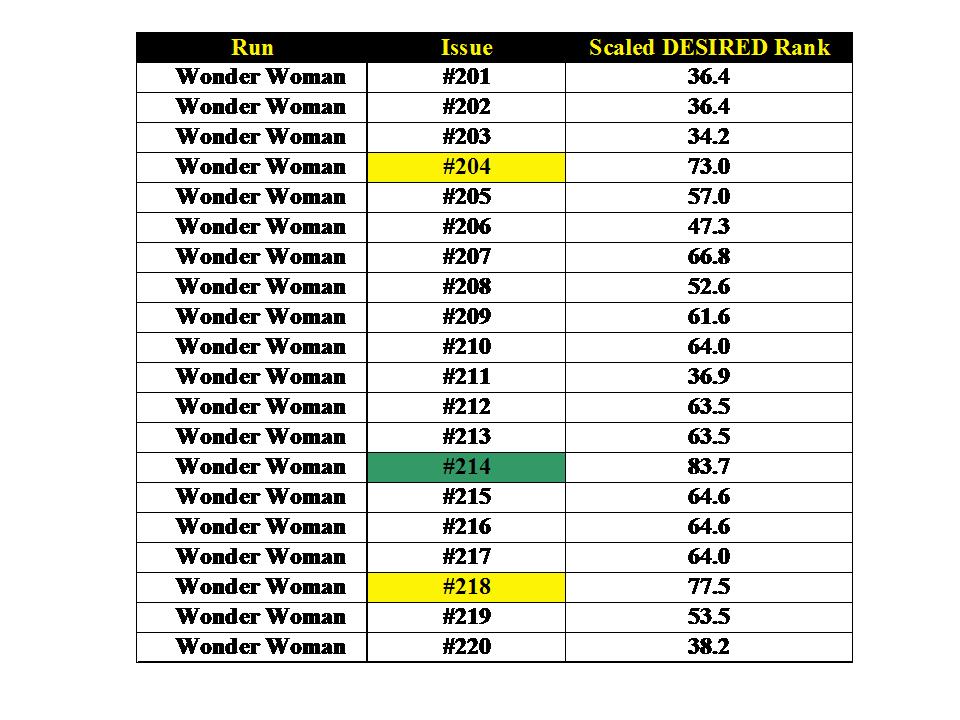 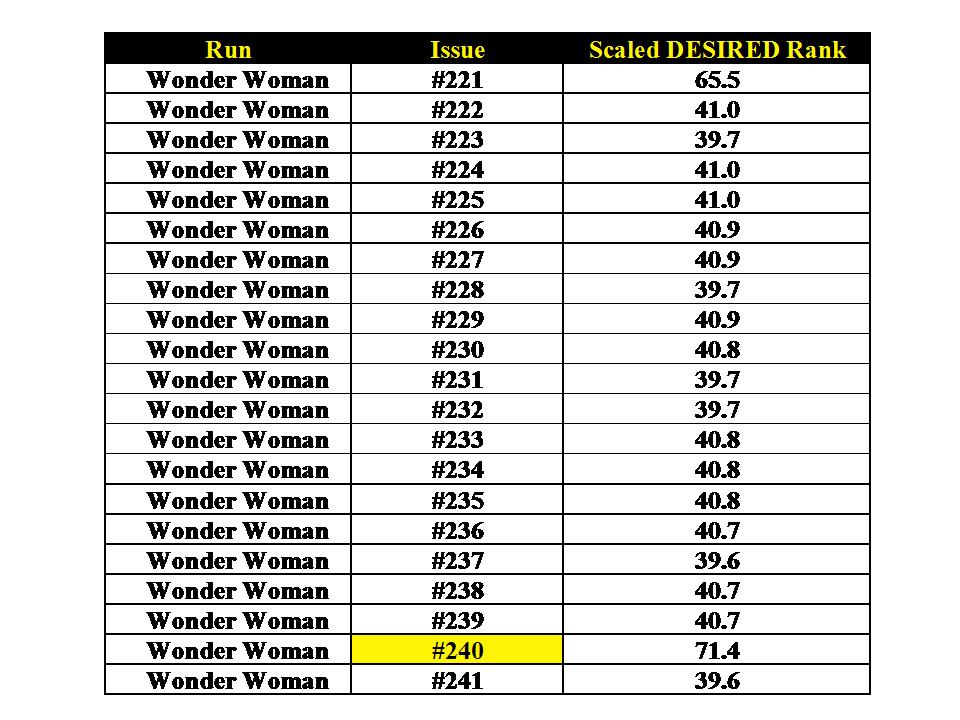