I was asked to go back and work up these wonder woman issues. I looked into the data and there is a lack of data as many have seen from the golden-age and early silver-age. The data and conclusions should be taken more lightly.


The reader asked about WW#99. Ok I have mixed messages because of the lack of data on this issue. My Bias Score shows a negative number. That is because the insider bias seem very strong at grade 6.0. The bias is much less at 8 and 9.4 grade. I had to extrapolate the data. The Average Difference Numbers however, suggest a buy signal at 9.4, 8 and 6. A triple ADF issue. My thoughts are it is worth an investment but do not break the bank! Good Luck!

Table 2 data deals with another data stream on comic-book issues. This run’s issues are looked at 3 grades 9.4, 8 and 6. The changes in bias between the different grades are calculated and the SLN numbers were born. The SLN numbers look into each “world” of the I vs. O bias data. This data has shown historically to be the most liberal and establishes the investment potential across the grades of 9.4, 8 and 6. Very quickly, the green stained are positive issues and red stained issues are a negative and invite a non-focus in only investments We then compare those SLN numbers and generate a difference number we call the DF. Finally add the I and O SLN numbers together (total) and determine the %DF number for each issue. Green staining is good (Higher Bias) and Yellow and Red are issues that are not good for an investment focus. This data stream is more liberal in the rigor and you get the best case for an issue.

Table 5 is the last bit of data, the Scaled Desire Ranking. I have grouped 3347 issues of comics that I have covered and developed scaled desire rankings. The percentile that an issue occupies gives wonderful insight into true value between titles. So we position our title and its key issues in context. A score of 99 means that comic issue is desired at the highest level while 1 percentile is the lowest desired issue. (Green High-Red Low -Yellow staining implies uncertainty- opportunity?) 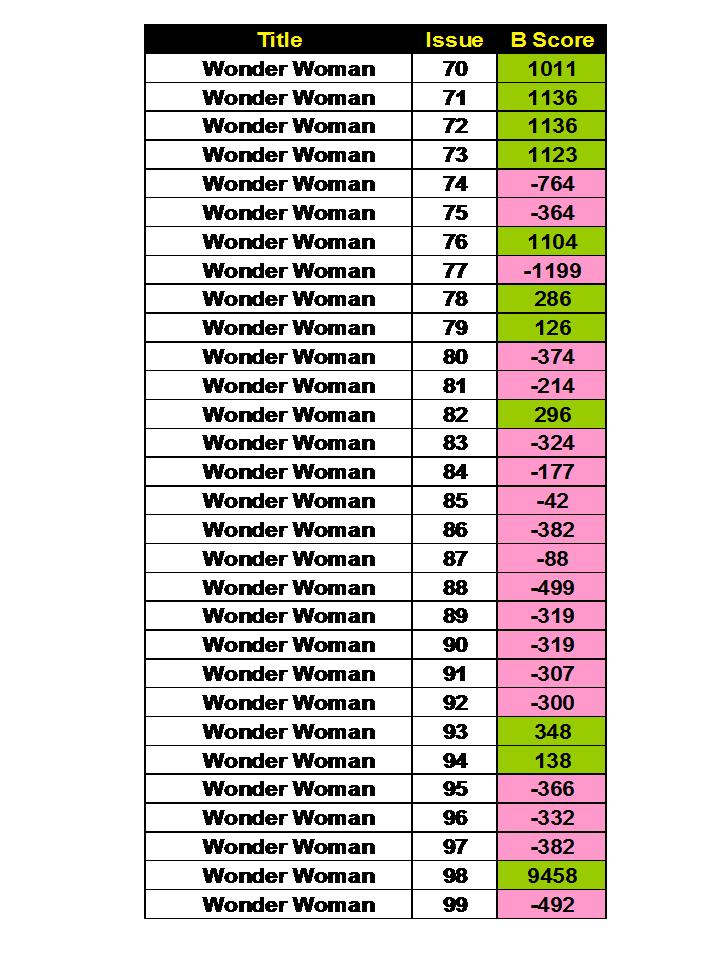 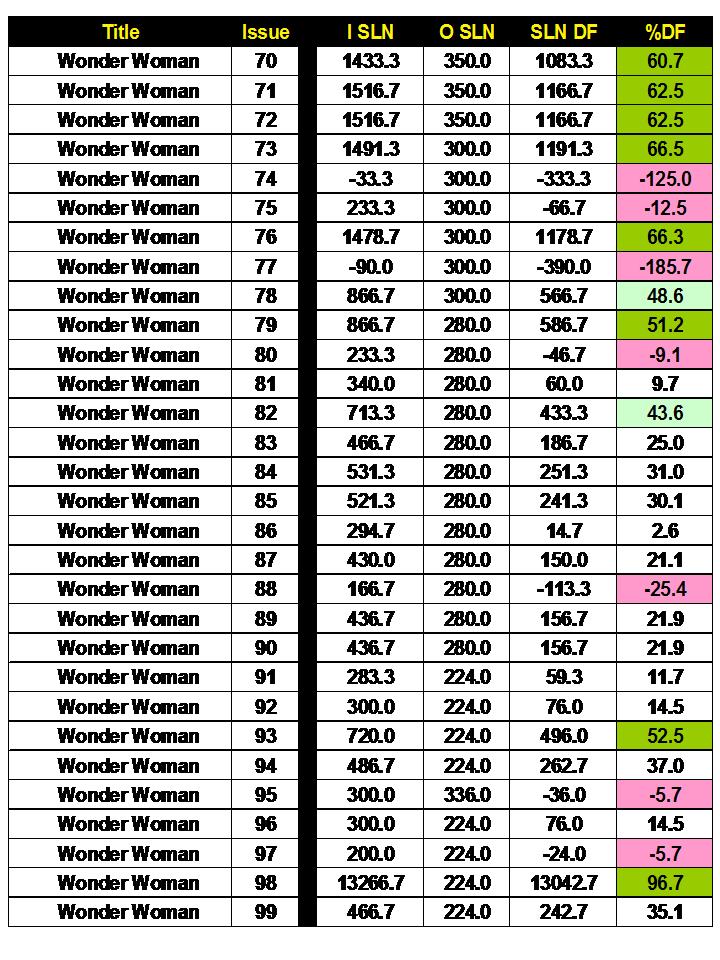 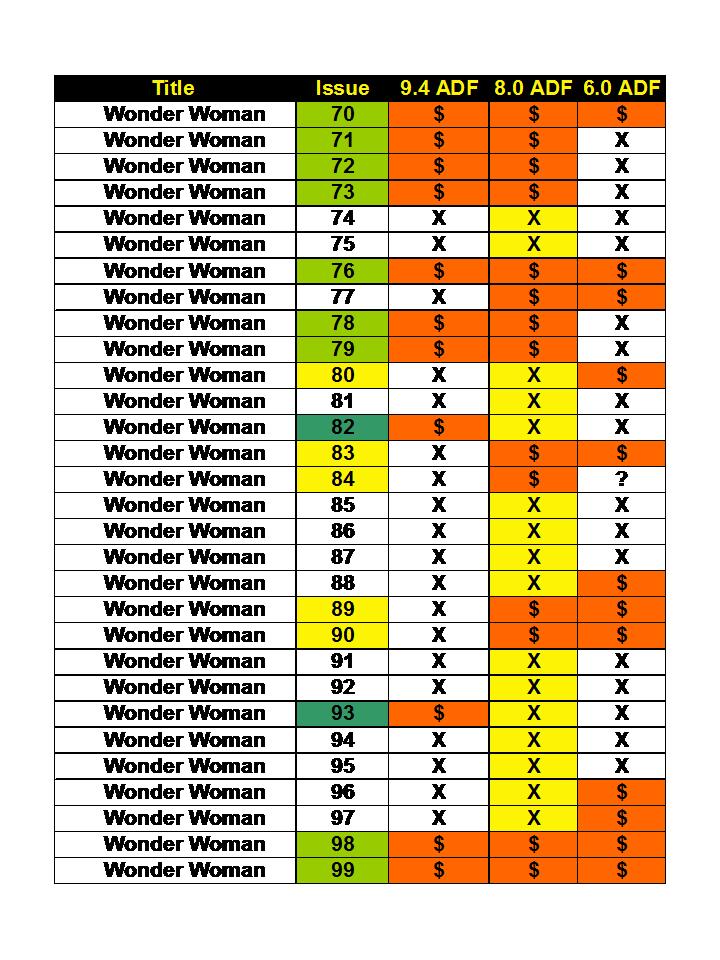 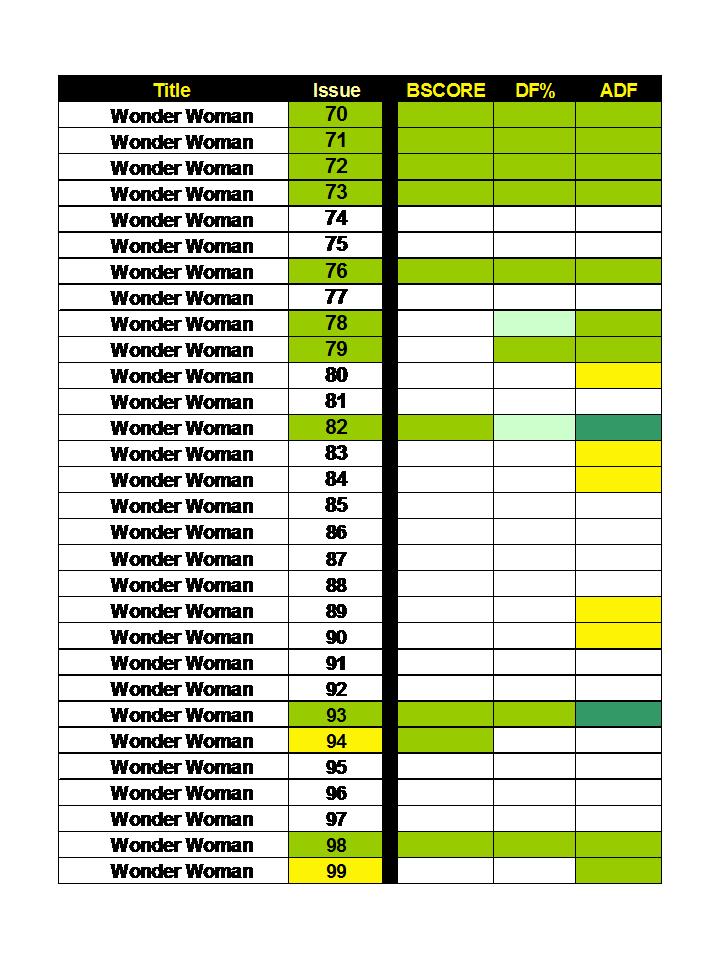 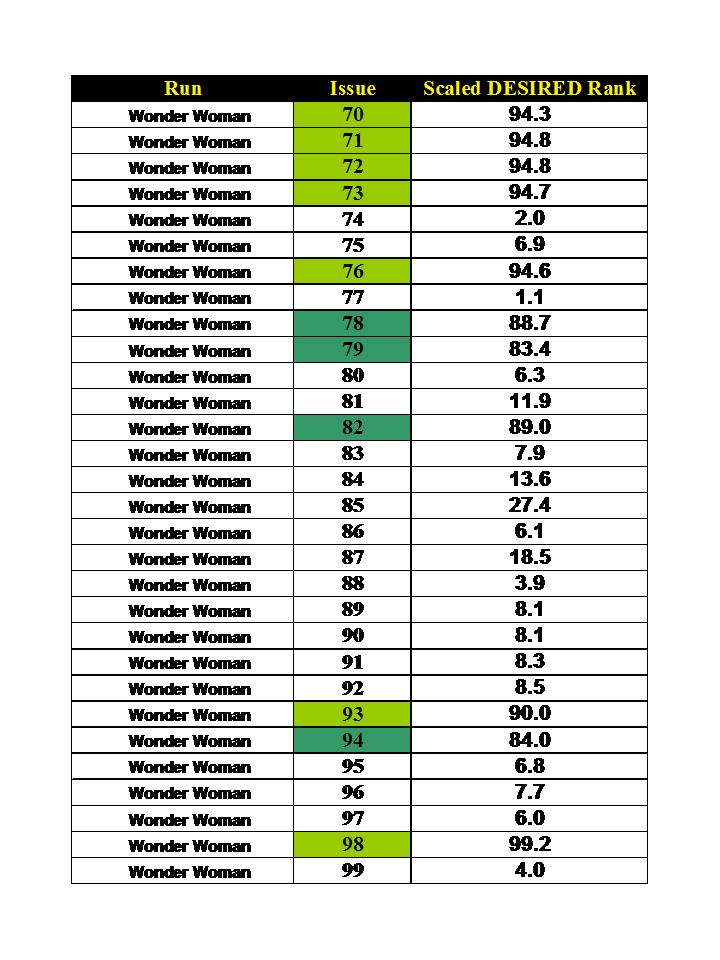